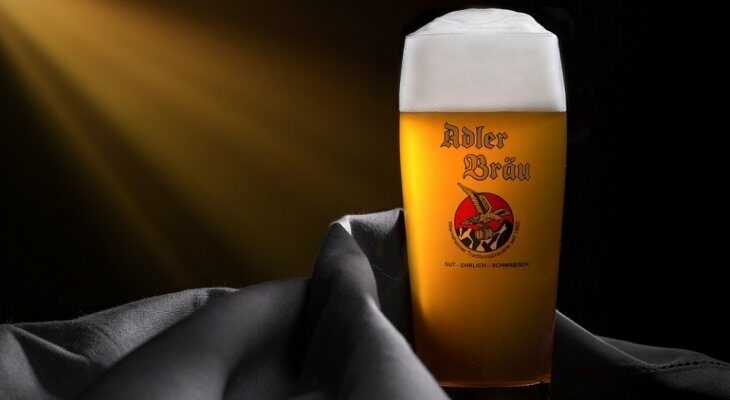 Recently while researching the process of making your own alcohol, I noticed that the mention of yeast is recurring throughout the different articles and posts.

Because of this, I wondered if it was actually possible to make alcohol at home without the use of yeast.

The general answer is yes, you can make alcohol without yeast, but how do you do it exactly?

Continue reading as I explain my findings to how you can make alcohol without yeast.

Read Also: Do Wine Kits Have A Shelf Life?

So, Can You Make Alcohol Without Yeast?

Generally, yeast is used for the vast majority of alcohol making processes. Especially beer is quite dependent on yeast and can’t really be made successfully without it.

Without the presence of yeast, there is no way(so far) to turn sugar into alcohol. Some alcohols will advertise being yeast-free. Here they are most likely referring to manually added powdered or other types of processed yeast.

Yeast And Its Role in Alcohol

Yeast is in the family of microorganisms and part of the fungi category. Yeast is considered the key ingredient in making alcohol since it is responsible for the fermentation process.

There are no known substitutes for yeast as of now, but there are ways to do it more natural than others.

Yeast is used in all alcohol types, and for most, it is a necessary part of the fermentation process.

Adding sugar to the yeast is what increases the alcohol content of whatever you are brewing, making yeast the main decider in how strong your alcohol will be.

We made an entire post about the impact of sugar on alcohol content. If you want to know more about it, get all the details here.

So, What Alcohol Can You Make Without Added Yeast?

Most spirits, as well as wines, can be made without the use of added yeast. Most homebrewers choose to do it the easy way by adding processed yeast because it can be rather difficult without it.

The type of alcohol you can make with most success without yeast is probably wine. The reason for this is that the berries or fruits used in wine can ferment naturally. This process is known as “wild fermentation”.

Before people figured out that it was actually yeast that was responsible for the creation of alcohol, people had no idea that they were using natural yeast to turn grapes into alcohol.

It wasn’t until later that we found out that the microorganisms that are yeast, occurred naturally on the outside of grapes used in old times to make wine.

If you are a beer brewer, fear not, there are ways to make beer without adding the original yeast variants.

Making alcohol without yeast is quite impossible. However, you don’t have to use processed yeast and can use yeast found in natural foods and other food products.

Rice bran can be used to perform ethanol fermentation like regular yeast extract powder. Some manufacturers use rice bran because it is a cheaper alternative to the regular ethanol fermenting process.

The reason rice bran is a good substitute is that it is generally cheaper and you don’t lose much if any of your yield when fermenting using rice bran.

Grapes and other fruits

Grapes and other fruits can be crushed, stomped, smashed or whatever you feel like, covered airtight, and can then ferment naturally without adding any extra yeast. Most if not all grapes and fruits and most berries have a natural yeast layer on the outside, making them perfect for a natural fermentation process.

This process is often used when making wine. Natural wine made like this is of high demand since they are usually free of any additives and extra ingredients making the wine pure and natural.

NOTE: Using natural yeast can make the wine regional since wild yeast can have various properties depending on geographic location.

This means that using wild yeast in the winemaking process will make a wine that is unique to the location it is made in. This is part of the reason why you see wines named after locations, cities, regions or other.

Grapes are the most successful way of doing this since they have a rather thick layer of wild yeast on their surface, however, most other fruits and berries have a natural yeast attached as well.

Using bread you can create your own yeast extract for homebrewing. This yeast type is mostly used in beer brewing.

The complications are that sometimes depending on how old the bread is, most of the yeast can be dead. You have to make sure the yeast living in the bread is potent and suitable for use in brewing.

The process is the same more or less, but using bread can give your beer unique properties and help to make your beer recipe more personal.

Another positive effect of using bread is that it provides another form of starch that breaks down into sugar, which can give a better fermenting process.

The general process of making beer with bread is much like the normal way of brewing beer. The difference is you use bread to replace some of the malts which can give the beer a unique taste and mouthfeel.

Most bakeries and supermarket bakeries have leftover bread, don’t hesitate to ask them for it since they might be throwing it in the garbage anyway.

Doing this can give you an ability to make tasty unique beer with very lower ingredient costs than usual.

The fact remains that making alcohol without yeast is impossible.

To sum up, you can definitely create alcohol without using any yeast manually. This is mostly used in wines and spirits, where natural fruits and berries or other things can create a natural fermentation process.

As mentioned earlier, if you are a beer brewer there are ways to make a recipe without adding yeast yourself.

Online you can find a recipe for “toast ale” which is a modern way for brewing beer using leftover bread because of its yeast content and unique properties it can add to your beer recipe.

The recipe is much like brewing traditional beer with a few extra aspects. It is assumed you have a base knowledge of homebrewing, which will make this recipe pretty straight forward to carry out.

Grains used for this recipe:

Enjoy your own homemade toast ale!