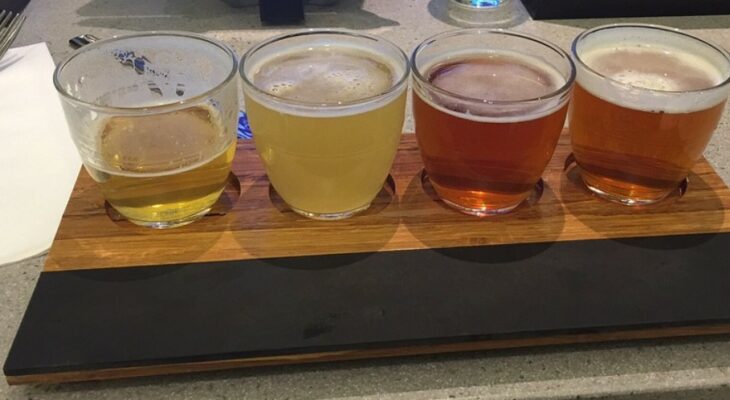 IPAs, or India Pale Ales, are incredibly popular beers. The ales’ strong, distinctive flavor and high alcohol content make them a favorite for brew fans. Homebrewers eager to try their hands at the unique beer need a few vital components.

IPA brewers need basic beer brewing equipment and ingredients, including malts, hops, yeast, and water. These components are the building blocks for every brew; however, the particular types and strains of IPAs are unique.

This article explains everything you need to know about IPAs and the equipment and ingredients needed to brew your own at home.

What is an IPA?

IPA is an acronym for India Pale Ale. The pale brew claimed widespread popularity in 1815. IPAs are hoppy beers with high alcohol content.

There are nine types of IPAs:

The correct equipment makes or breaks your IPA. Homebrew doesn’t require an excess of specialized tools; however, ensuring you have the proper elements helps you craft the best beer.

Fermenting buckets are where the magic happens. These are large vessels made of stainless steel or food-grade plastic.

Fermentation buckets come in a variety of sizes. Which option is best depends on how much IPA you intend to brew. A five-gallon bucket is sufficient for a small introductory batch.

Stainless steel fermentation buckets cost more; however, they are impermeable to oxygen.

Brewers opting for plastic options should shoot for food-grade plastics, including:

Much of the process happens in the fermentation bucket, so select one you are comfortable with.

An airlock is a small tool with a hugely important job. The little tap serves a dual purpose; it prevents unwanted oxygen from entering your brew while venting carbon dioxide produced during fermentation.

Choosing the best airlock ensures a delicious and healthy IPA. Opt for either an:

Siphons move beer between vessels without allowing oxygen into the brew. Your beer needs to make two significant trips during the brewing process.

First, the siphon moves the brew into the fermentation vessel and then into the bottles. Siphoning prevents sediment from making its way into the final IPA.

A spoon seems straightforward enough, however, selecting the correct stirrer is essential to a successful IPA.

Aim for either stainless steel or food-grade plastic. Both of these materials are durable and easily sanitized.

Bottles and caps aren’t IPA specific, but every homebrew needs them. Once you’ve brewed the beer, you need somewhere to put it.

There is a broader range of bottle caps than you might expect. Choose the option you are most comfortable with.

Once you’ve gathered your equipment, you can shift your focus to ingredients. All beers require four essential components: malts, hops, yeast, and water.

Malts add the sugars necessary for fermentation to beer. The ingredient lends the brew sweetness and texture.

IPAs use 2.5 to 10 percent crystal malts and about 20 percent Munich malt to support the brew’s texture and taste.

The hops are an IPAs defining ingredient. Brewers added plenty of the components to ensure the beer maintained its freshness during the long ocean voyage from the United Kingdom to India.

While modern IPAs no longer need to worry about surviving treacherous journeys, the hop taste is pivotal to the brew.

Brewers add hops at two different points during the beer-making process. The early hops contribute bitterness, while the later ones add scent and flavor.

Yeast is beer’s unsung hero. The ingredient creates taste, fermentation, and carbonation. Without yeast, there is no beer.

Yeast eats the mash’s sugar and turns it into alcohol and carbon dioxide. The ingredients lend beer subtle fruit flavors and aromas.

Yeast also keeps the brew from becoming too sweet. It eats the majority of the beer’s sugar, leaving behind only what can’t be fermented.

There are a wide variety of yeast strains available to homebrewers. For an IPA, you need to use ale yeast. Ale yeasts are top-fermenting. These strains are called saccharomyces cerevisiae.

Brewers have plenty of yeast strains available; selecting your variety based on which IPA you’re brewing:

Water makes up the bulk of any beer. This may seem like a straightforward ingredient, but selecting the correct water makes or breaks an IPA.

Brewers hoping to make their own IPAs need basic beer-making tools and ingredients. Malts, hops, yeast, and water come together to make the unique ale.

This article provides a road map to crafting your dream IPA. Gather your tools and cheers.