What Is Malted Barley? + (How to Malt Your Own Barley) 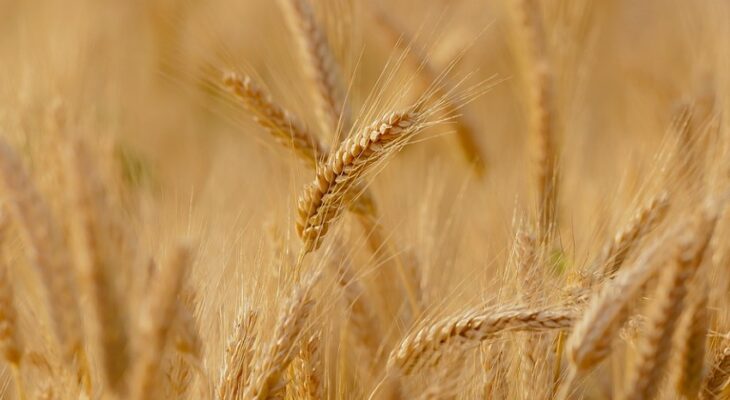 Malted barley is one ingredient that is absolutely essential to make delicious beer, regardless of the strain– but what is it, and how can you make your own barley for home brewing? These answers are vital if you’re interested in DIY beer brewing.

Malted barley is a grain that has been germinated by soaking in water for two to ten days. Germination means that small roots have sprouted from each grain. Germinated barley creates enzymes that turn proteins and starches into sugars. These sugars are fermented with yeast to create beer.

This article will describe how malted barley is used in the brewing process and how to malt your own barley at home following a few steps. It will be an incredibly informative article for all of the first-time beer brewers out there who are using barley as their grain of choice!

Malted Barley in the Brewing Process

Malted barley, as mentioned, is one of a few ingredients that are used to give beer its flavorful taste. Beer is also made with water, hops, and yeast. Combined with barley, these four ingredients are mixed, mashed, and fermented to eventually brew up some people’s favorite alcoholic beverage!

The term malting refers to the process of soaking the grains in water for a certain length of time to get them to sprout roots. Barley is malted for beer over the course of two to ten days in total, so it’s not necessarily a quick process.

For information on how to brew your own beer, this article is an excellent read to discover how to pick this up as a hobby at home. Otherwise, let’s explore how barley adds to the beer and how to malt barley in preparation for brewing!

What Does Barley Do?

Barley is a specific grain that, once germinated, produces enzymes that help turn proteins and starches into sugars. These sugars are then fermented with yeast to create beer!

There are multiple grains you can use to brew beer, depending on how you want the beer to taste. For example, you can use corn, base malts, rice, or wheat as your grain of choice, and each will deliver a unique flavor to your final product.

This article will give you a comprehensive overview of the various flavors that specific grains deliver to your end draft. Beer ranging from stouts, porters, lagers, and ales all use different malts and grains to create unique tastes.

When home brewing, malting barley should be done prior to starting the entire brewing process because malting takes some time to complete; this article will explain how to malt barley and store it for brewing later.

Where Does Barley Come In in the Brewing Process?

Almost all beer requires some type of grain for brewing, and the malted barley arrives on the scene by the second step of the process, meaning it’s one of the foundations of the creation of beer!

After heating up water, malted grains are added to it, boiled, and removed to produce a liquid substance called wort. The wort is what gets fermented with yeast toward the end of the brewing process.

6 Steps to Malt Your Own Barley

As I mentioned, malting your grains is necessary because it’s involved in one of the very first steps of the brewing process, namely the mashout.

I won’t get into too much detail – you can learn more about the mashout by watching this YouTube video – but the grains should be properly malted as the first step in beer brewing.

So, how exactly is malting done? Malting barley can be completed in six steps:

The first thing to do in the malting process is to prep your equipment and work area. This should take about thirty minutes, and it involves sterilizing and cleaning all of your tools and spaces. It’s essential to keep your site clean because any germs can cause trouble with the brew later on.

These tools may include:

Washing the grain you’ve purchased is considered by some as part of the first step, but I think it deserves its own step because washing the grains is essential to thoroughly clean them of dirt from being harvested.

To wash them properly, fill your grain bucket with warm water until all of the grains are covered. Then, vigorously stir or shake the bucket (seal the bucket with a lid if shaking).

These actions break loose all of the dirt and debris from the grains, which will sink to the bottom of the bucket and darken the water the dirtier it becomes. Drain this dirty water without spilling the grains (you can use a strainer here for convenience), and refill the bucket with warm water again.

Complete this process until the water is fairly straightforward after stirring the grains. As a final step in the preparation, weigh your grains on a food scale. The Ohaus Portable Balance scale (available on Amazon.com) is suitable for small batches of grains. Mark the number down, as you’ll need it later.

Once the grains are clean, which should only take about half an hour, they’re ready for the steeping process.

To steep grains, you need to fill the grain bucket with cold water until the grains are fully submerged. Ideally, the water temperature should be 55 degrees Fahrenheit (or 13 degrees Celsius). Use a thermometer to measure the temperature.

Maintaining the water at this temperature is vital for the steeping process, so you should place the grain bucket in the fridge, an insulated container, or a cool room between 50 to 60 degrees Fahrenheit (10 to 16 degrees Celsius) for the entire process.

You can also purchase an Inkbird Temperature Controller (available on Amazon.com), which can be placed inside the grain bucket to maintain the appropriate temperature.

Steeping means that the grains sit untouched in the water for periods of eight hours at a time. After eight hours, the water can be drained, and the grains breathed for another eight-hour interval. This process is completed twice or until the grains reach a moisture content of 45%.

If you’ve completed the steeping process twice, you’ll need to check the moisture content using a moisture meter such as the AMTAST Integrated Grain Moisture Meter. When it reads 45%, the grains are prepared for the germination stage.

This entire process should take about a day and a half to two days in total.

You’ll notice that the grains have begun to sprout white roots from the tips– so far, so good! Transfer the grains from the bucket to a tray with a maximum depth of 4 inches. You want to spread your grains out over the tray versus letting them sit in a deep bucket.

Every few hours, the grains should be turned over in the tray to allow for oxygen to reach the grains and sprouts. The roots will continue to grow as the grains are turned. Sometimes, this process can span over three to five days.

When the white roots are the same size as the original grain, it’s time to move on to step number four of the malting process. This translates to about two inches in length from tip to tip.

Ensuring your temperature controls, cleanliness, and length of time aerating and turning are as precise as possible, for the brewing process can be finicky.

Kilning refers to drying the grains out completely, to the point where the sugars have been created but not yet used by the grain’s cells. This is the perfect time because the yeast used in brewing will feed on these sugars while fermenting.

At this point, the dehydrator has removed almost all of the moisture from the germinated grains. The next step is to cure them at 120 degrees Fahrenheit (48 degrees Celsius) for approximately three hours using base malts– this helps to preserve the grains for brewing.

Finally, once the three hours have passed, place the grains out and allow them some time to cool. There is only one last step to malting barley and preparing it for the brewing process.

The sprouting roots are the last thing to take care of when malting barley at home. These small roots, also known as rootlets, will still be attached to the grains, so by stirring them around or rubbing them in your hands, you will efficiently remove these roots.

If you do this using a small strainer, mesh bag, or another straining tool, it will be easy to separate the rootlets from the grains after they’ve all been removed.

Removing the rootlets from the kernels is vital because the rootlets can add an incredibly bitter taste if used during the mashout, and sometimes this bitter flavor cannot be appropriately balanced. This, unfortunately, can ruin your brew.

So, de-culming the grains is the final step in malting your own barley.

How To Store Malted Barley

Malted barley can be stored for six months and up to a full year in the proper conditions. These conditions require the barley to be stored and maintained at 15 degrees Celsius (59 degrees Fahrenheit) or less to stay usable for brewing.

The grains should be stored in an air-tight container or bag that can keep pests and insects out. Its storage location should also be humidity-controlled. The less moisture, the better.

You should always label the storage container with the date the barley was malted. Use a permanent marker; you can also calculate the expiration date to include on the label if necessary.

The best place for barley storage is in a chilled room. A basement can maintain the appropriate temperature to store the barley, but the warmer the location, the quicker your barley will expire. You can also use a fridge to keep the barley cool enough.

Using these tips, you’ll be able to keep your malted barley fresh and ready for brewing!

In conclusion, malted barley– a grain that is vital in the beer brewing process– can be made at home by following six steps: prepping, steeping, germinating, kilning, and de-culming! It involves allowing the grain kernels to sprout roots; the process helps the grains produce enzymes to interact with the yeast during fermentation.

After this article, you should have a better understanding of what malted barley is and how it can be made at home! Have fun malting!