Every Type of Grain That Can Be Used to Homebrew Beer 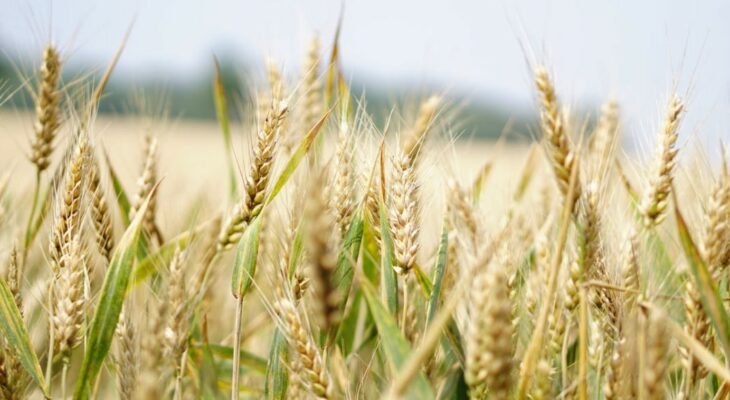 Beer brewing is an ancient art form. The process traces its roots as far back as 4,000 BCE when the Sumerians crafted the earliest forms of the beverage. It’s easy to dismiss homebrewing as the pastime of suburban dads, but the practice requires genuine skills and a wide array of specific knowledge.

Understanding every type of grain that beer makers can use to homebrew the beverage helps beer makers craft their ideal draft. This article will take a look at each grain and discuss their function in and contribution to the beer you’re looking to brew. Let’s get started!

The Three Kinds of Home-Brewing

Brewers saturate grains to turn them into malt. Malt is the sugar extracted from the grain. It reacts with yeast to create fermentation, making it one of the most essential components of beer.

While these are the basic tenets of beer making, three homebrewing methods exist to accommodate every level of experience and commitment.

Base malts aren’t glamorous, but they are essential. These grains provide the foundation for a beer. Base malts provide:

The base malts minimally impact the taste of the beer but are essential to creating the brews’ final form.

Base malts are best used in partial mash and all-grain brewing. The grains comprise anywhere between 60 and 100 percent of the fermentable components in beer.

To learn more about mash and its function in the beer brewing process, I highly recommend checking out this video:

Base malts come in either 2-row or 6-row varieties. The rows in question indicate the number of grains growing on the barley. 2-row malt is the industry standard. Large batch breweries, however, use 6-row malts because they have a higher enzymatic content.

Brewers often keep pale malt on hand, whether or not they have a specific use for it. The versatile grain works in nearly every variety of beer. Pale malt is a 2-row grain, measuring between 2 and 2.5 degrees Lovibond. The grain yields a high and easily achieved extract.

Brewers use pilsner malt for precisely what the name suggests: crafting pilsner beers. The grains are subtle with a mild flavor. Getting the maximum taste requires a large quantity of pilsner malt. The 1.5-2 degree Lovidond grain contains high amounts of protein, which benefits head retention.

Pale Ale malt is exceptionally versatile. The grain creates a solid base for almost any beer. Pale Ale malt contributes full bodies and darker colors to brews. Many Pale Ale malts are intensely sweet and should be used judiciously—the grain measures between 2.5 and 3 degrees Lovibond.

Vienna malt is a must for Oktoberfests and Vienna lagers. The grain provides a robust and distinct malt flavor to beers. Vienna malt is kilned more than previously mentioned malts, adding an element of sweetness to the grain. The malt measures 4 degrees Lovibond.

Munich malt is the most varied grain on this list, measuring between 7 and 30 degrees Lovibond. The grain can be quite dark or very light in color. The hue of the malt dictates its use, so brewers need to be cognizant of the shade of the grain. Brewers use Munich malt to make bocks, dunkels, and Oktoberfest beers.

Crystal and Caramel malts primarily function as flavor and coloring agents. The names are used interchangeably for steepable grains that provide sweetness and richer beer hues.

Caramel and Crystal malts are kilned multiple times. During these kilnings, the sugars caramelize, rendering them useless in the fermentation process. Beyond flavor, these grains improve head retention in a beer. Used in excess, however, they can damage a brew, creating a tart, astringent taste.

Carapil, Carafoam, and Dextrin malts are pale-colored and mildly flavored. These grains taste only moderately of caramel. The malts measure 1.5 to 3 degrees Lovibond. The carapils, carafoam, and dextrin malts result from roasting pilsner grains slowly at low temperatures.

Because the grains provide little flavor, their primary purpose is head retention and increased body.

Light Caramel malts are mildly more robust than carapils, carafoam, and dextrin malts. The grains produce a flavor similar to honey. These malts add moderate sweetness and considerable body. Light Caramel malts contribute a pale yellow hue to a beer. They measure between 10 to 30 degrees Lovibond.

Brewers use more Medium Caramel/Crystal malts than any other crystal and caramel malt. The grains are sweet without being saccharine and notably alter the taste of a beer. The rich caramel flavor works well in many beers, including:

More than simply agents of flavor, these grains improve a beer’s body and head retention. Medium Caramel/Crystal malts measure between 40 and 60 degrees Lovibond.

Dark Caramel/Crystal malts provide the bitterness indicative of porters and stouts. These grains are divisive, adding a rust hue to beers. The malts measure between 70 and 90 degrees Lovibond. They add body and head retention to dark beers.

Very Dark Caramel/Crystal malts are the strongest and bitterest grains available. They come in a wide range of dark colors, adding considerable caramel and nut flavors as well as rich hues. Used in excess, the grains quickly overpower a beer and turn it unpleasant—the grains measure between 100 and 220 degrees Lovibond.

Adjunct grains cause a lot of controversy in the beer brewing world. Beer elites often disdain the grains; however, they provide a valuable means of flavoring brews by supplementing the base malts.

The malt works best in extract beers. It is devoid of enzymes. Most need to be mashed with base malt to draw out their sugars.

Beers including adjunct sugars are:

Adjunct grains help create a solid and lasting head of foam and a pleasant mouthfeel. Adjunct grains mellow out many flavors and come in two varieties: kettle adjuncts and mashable adjuncts.

Mashable adjuncts contain starch. They must be mashed to become fermentable sugars

Kilned malts are grains baked until dried to create unique, yeasty flavors. Brewers use these malts in small quantities-a little goes a long way. Use only half a pound per five-gallon beer batch to add unique and unusual flavors.

Biscuit malts create a bready biscuit flavor. Many claim the taste errs closer to Saltine crackers than actual biscuits. The grain works in a wide variety of beers, though brewers should add it judiciously. Biscuit malts are polarizing and can easily over-power a beer—the grain measures between 25 and 30 degrees Lovibond.

Brewers use brown malts to create a subtle nutty flavor, as well as add a brownish hue. Brown malts work best in:

The grain measures between 46 and 56 degrees Lovibond.

Brewers use roasted malts to create the intense flavors and dark colors associated with stouts and porters.

Because roasted malts have intense flavors, use no more than 10% per 5-gallon batch to add flavor and body without getting bitter.

Roasted malts come in a wide assortment, including:

These grains are enzyme-free and equally impactful in all three brewing methods.

Grains are essential to a beer’s formation and overall taste. The ingredient works to create fermentation, build body and texture, add flavor, and retain the head. Beer grains come in a wide variety and serve many functions. They are the most essential tool of the home brewer and allow a craftsman control over the finished product and the ability to manipulate the ingredients into their ideal finished product.