Is It Safe To Drink Home Made Mead? How To Know 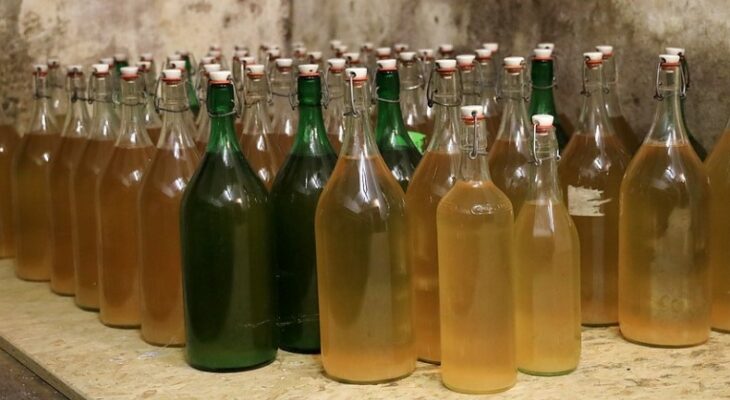 By Simon in Making Mead

Are you thinking about making your own mead? It’s considered by many the easiest alcoholic drink to make at home. However, how can you know if your mead is safe to drink as a beginner?

Drinking homemade mead is usually very safe. The mead can get contaminated, altering a batch’s taste, look, and smell. Infections are often easily identifiable and rarely pose a danger to your health. An extremely rare occurrence is a botulism infection, which can be deadly.

This article discusses what the contamination of mead looks like and how it happens. We’re also discussing possible health risks.

What Is Contaminated Mead?

Contaminated mead is tainted mead. It’s an impure mead, often caused by an infection from microorganisms growing and spreading.

There are a number of things that cause contamination, which can lead to several issues. Most of these issues aren’t harmful to your health, but there are exceptions.

It’s more challenging to identify contamination for beginner brewers because they don’t have the same experience with the beverage.

You can learn how to make mead at home on our website. It’s considered the easiest alcohol to start with for beginner brewers.

How Does Contamination Happen?

Contamination can happen before and during the brewing process. Microorganisms like bacteria and fungi spores can naturally occur in brewing ingredients, like honey.

During the brewing process, the ingredients can come into contact with microorganisms through tools, equipment, or the air.

It’s strongly advised to deep clean and sanitize brewing equipment before starting a new batch of any drink.

Microorganisms can quickly transfer from tools and infect your mead. This should be a habit in food preparation.

New equipment should also be deep cleaned and sanitized because you don’t know who or what touched it at some point.

Your hands carry millions of bacteria, which transfer to each surface you touch. This can be avoided when you thoroughly wash your hands.

Touching the inside of the container used for the fermentation or the tools for stirring with your bare hands can get bacteria from your hands into the mixture.

If any microorganisms get into the mead before or during fermentation, oxygen will allow them to develop and mess up the mixture.

Contaminated mead usually isn’t dangerous for consumption. The exception is if the mead is contaminated with botulism, which is extremely rare.

Mead contaminated with microorganisms is not known to be dangerous for consumption, but it can significantly affect the mead quality, including taste and smell.

Spores of the botulism bacteria in raw honey aren’t rare, but they rarely evolve enough to cause any harm to anyone who consumes it.

The spores need a source of protein to grow, but they don’t pose much danger to a consumer of raw honey.

The Danger of Botulism

Botulism is quite dangerous, with a death rate of 5 or less per 100 for people who receive treatment. However, as mentioned before, botulism is extremely rare, and you most likely will never encounter it in mead brewing.

Botulism can get into the mead through the container or tools used, but only if no attention is paid to sanitizing before commencing the brewing process.

Botulism has many apparent symptoms, so it’s easy to catch on early if you’re aware of the illness. Some examples are difficulty swallowing, muscle weakness, and breathing difficulties.

There are additional symptoms of botulism infection from food consumption, like diarrhea, cramping, and nausea.

For more information about botulism, you should read this CDC article.

The microorganisms that can grow in mead are usually not dangerous. Food poisoning from a contaminated batch of mead is (almost) never reported, so you shouldn’t worry too much about it happening.

If it does occur, you probably already know what food poisoning is like and how it can affect someone.

How To Tell if Mead Is Contaminated

Infected mead usually goes through physical changes as the infection processes. It’s also why it often becomes completely undrinkable at some point.

Physical attributes like the look, smell, and taste of mead are frequently altered to the point it’s repulsive, and your mead batch has to be thrown out.

Looking at mead is the best way to detect infection. Infected mead often has a thin skin layer that develops into a thick white coating, which is easily identifiable.

On the other hand, you might not be familiar with the look of mead as it goes through fermentation. Some visual changes are 100% normal.

Infected mead sometimes doesn’t have any visual indicators of infection, so you’d have to rely on smell and taste.

A foam layer or bubbles forming on the surface of mead is an entirely normal part of fermentation.

It might look concerning for a first-time homebrewer, but you’ll get used to the process. Nothing is wrong with your mead batch.

A thin skin layer with circular growth on the surface of your mead is a good indication of contamination and infection. It’s a developing pellicle partly caused by contamination with microorganisms and oxygen exposure.

The thin skin layer can develop into a thick white layer as the pellicle evolves. The substance somewhat resembles mold.

Infected beer often has an off-smell. This smell can be pretty subtle and go unnoticed by a beginner brewer or someone who doesn’t have much experience making mead.

It can also turn into a pungent smell, often very sour. This can prepare you for the taste or completely discourage you from trying it in the first place.

Any brewing product tends to taste sour when the batch is infected. It can go as far as tasting like pure vinegar.

Sometimes, the taste difference is rather subtle, and beer brewers, for example, like the end product. It can result in a sour beer, which is a preference for some.

Certain bacteria and yeast are purposefully used to sour beer. However, it’s doubtful that someone would want a honey wine to have a sour taste.

Mead is usually perfectly safe to drink. Contamination can alter the taste, scent, and look of mead, but that shouldn’t pose much risk to your health.

Sometimes an infection goes unnoticed, or the brewer prefers the altered taste.

If you do end up getting sick from your mead brew, there’s little chance it’s severe. However, people with serious symptoms should seek medical help. 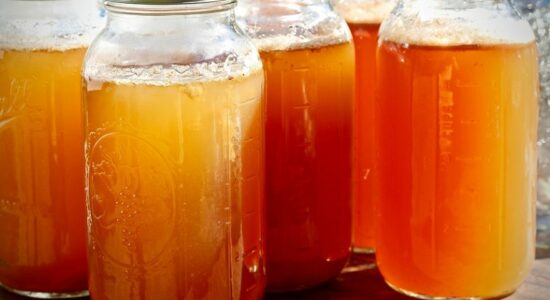 Making Mead
Is It Legal To Make Honey Mead (Viking Mead) at Home?
Honey mead is a fermented beverage that contains up to 20% alcohol. It’s made with... 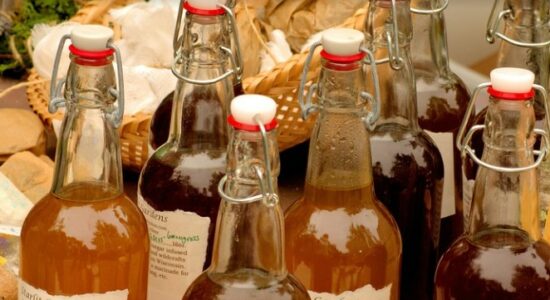 Making Mead
11+ of the Best Mead Recipes for Easy Mead Making
Once you start making mead at home, you can consider dozens of recipes for distinct... 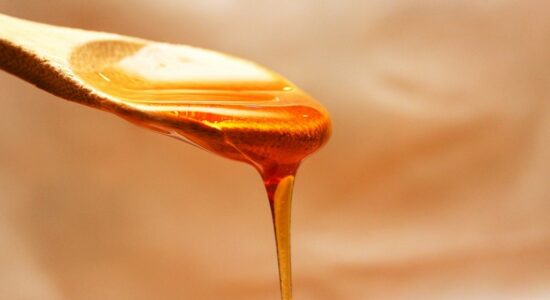 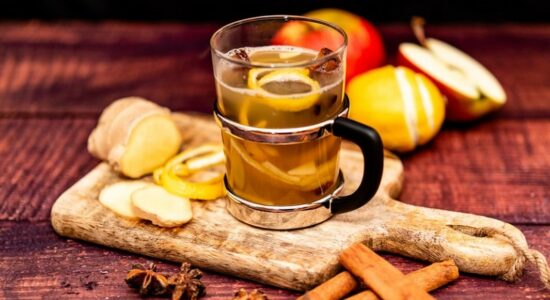 Making Mead
How To Backsweeten Mead and Cider (Step-by-Step)
When mead and cider are being fermented, they tend to lose their sugar, especially if... 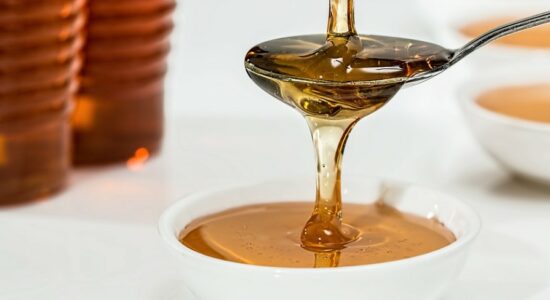 Making Mead
How To Brew Mead EXACTLY Like the Vikings
If you’re into homebrewing, you may have heard of mead or even tried making it at home.... 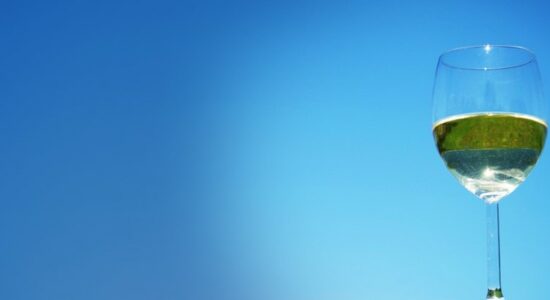 Making Mead
How To Know Your Mead Is Ready To Drink (Easy Guide)
If you drink your homemade mead before it’s ready, you might become sick, or it...