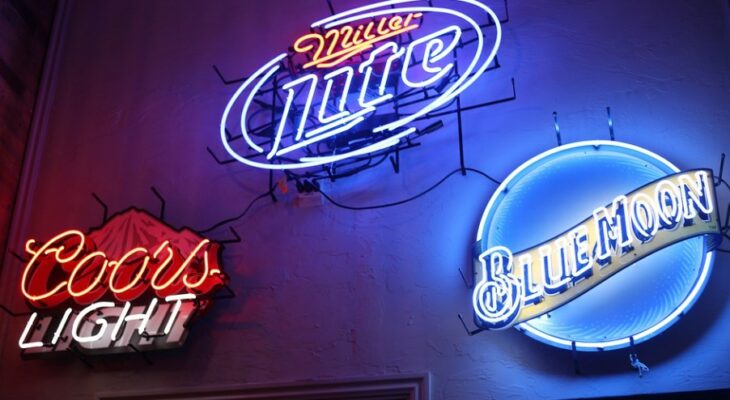 The rest of this article will provide an in-depth comparison between light and regular beer. Let’s get started!

The Differences Between Light and Regular Beer

There are several key differences between light and regular beer:

What Makes a Beer Light?

A beer is considered light when:

Every strain of beer can be made light, regardless of color. So, as long as the beer has the above characteristics, it can be considered a light beer.

According to the National Library of Medicine, one serving of beer contains roughly 103 calories. It will also sit at around 3 to 4% alcohol.

This means that if you’re trying to lose a few pounds or reduce your alcohol consumption, light beer would be an excellent choice.

Lagers, ales, stouts, and other beer strains all have light versions of the drink. For example, the light version of Bud is Bud Lite.

What Makes a Beer Regular?

Standard or regular beer has:

A stout porter, for instance, is a dark ale that can range from 5-10% ABV (alcohol by volume), but most of these alcoholic beverages sit around the 5% range. The alcohol level in the liquid largely depends on how it is brewed.

That said, 5% ABV is the standard ABV for beer, which is why most people refer to it as regular beer. Unless you’re actively asking for a light beer at a restaurant, the beer you’ll receive will have a standard ABV level.

Some beers, like India Pale Ales (IPAs) or certain stouts and porters (as mentioned above), have a naturally higher alcohol content because of the way they are made. IPAs use higher concentrations of malt and hops, so the beer typically contains upwards of 7% alcohol.

The same goes for stouts and porters, which are both made with dark-malted barley and much more hops. This article provides excellent insight into IPA beer and its alcohol content by volume.

If you enjoy tasting a beer’s rich flavors and taste profile, regular beer has an advantage over light beer for you.

How Do Brewers Achieve a Lower ABV?

Brewers achieve a lower ABV by not fermenting the beer as long as they would for regular beer.

Regular beer typically goes through the yeast fermentation process (remember– bottom-up for lagers and top-down for ales), which is where the alcohol is extracted from the wort.

Brewing beer can sometimes be a lengthy process. It involves mixing grains, water, and other ingredients and bringing that concoction–called a mash– to a boil, which helps to extract specific flavors and sugars from the ingredients.

After the mashing process, the mash becomes a wort, and the grains are drained to prepare for fermentation.

Fermentation involves mixing yeast with the mash and letting it sit to extract the alcohol from the wort mixture. Yeast eats away at the sugars in the wort, and the longer and more sugars the yeast eats away, the higher the alcohol content it will have.

Lower ABV levels are a result of a shorter fermentation process and fewer sugars being consumed by the yeast.

How Does a Lower ABV Affect Taste?

Light beers, with lower alcohol by volume, affect taste because the lower the alcohol, the less concentrated the flavor is. So, lighter beers will provide a slightly weaker taste to the beverage.

Additionally, higher ABV levels will highlight rich, fruity flavors. Lower ABV levels highlight the citrusy flavors that can be found in beers such as Shock Top (which are sometimes called shandies).

Since lighter beers ferment for less time, they tend to be slightly sweeter than regular beers as well.

Below is how the fermentation process differs for light and regular beer:

Regular beer is fermented anywhere from two weeks to two months or more, depending on whether it’s a lager or an ale. Generally speaking, regular beer takes a maximum of three months to ferment completely.

On the flip side, light beers may ferment for one to two weeks. This YouTube video is an excellent resource to learn more about the ABV in alcoholic beverages:

Surprisingly, beer brewing can take upwards of two to three months to ferment correctly, especially if the strain is an IPA or a dark beer. If you’re interested in picking up home brewing as a hobby, you won’t be disappointed! You can start by trying to make mead, which is a simple and flavorful alcoholic beverage.

If you want to read more on the history of light versus regular beers, this article is a great read about lite beer.

You should now have a better understanding of these differences. 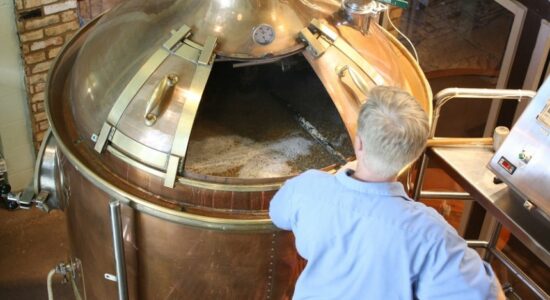