A little bit of bitterness in any brew isn’t uncommon, but it shouldn’t be overwhelmingly bitter. If your homebrew tastes bitter every time you make it, there’s a good chance the recipe is off. However, waiting a little longer might be all you need to do to get rid of the unwanted bitter edge.

Throughout this post, I’ll explain why your homebrew tastes bitter, whether or not the bitterness fades naturally, and how you can prevent it from happening again.

Does Homebrew Beer Get Less Bitter?

Homebrew gets less bitter over the course of a week and a half to two weeks after brewing it. According to Home Brewer’s Association, the flavors take up to 14 days to balance out. Never judge your homebrew right when it’s finished brewing. You won’t be able to get a complete taste of the bitterness.

However, if your homebrew tastes bitter after the two-week mark, the beer might be infected. Infected beer is made from contaminated or infected yeast. This combination makes the beer extremely bitter or sour, not to mention the discoloration and unwanted thick oily appearance that settles on top of the brew.

Keep in mind that your boiling and brewing times could affect the bitterness. While waiting several days often does the trick, you can’t wait long enough if the yeast is infected or if there are far too many hops.

Boiling the hops for too long can also be an issue. I’ll dive into a few additional ways to reduce the bitterness of homebrew below.

How Do You Reduce Bitterness in Homebrew?

To reduce the bitterness in your homebrew, try these tips:

Keep in mind that some brews are intentionally bitter. You never know what the final taste should be like until it’s done fermenting, brewing, and sitting out for the aforementioned length of time.

Making a bitter brew can be frustrating, but there are many ways to work around it. It all comes down to your equipment, ingredients, and brewing time.

Why Does My Homebrew Beer Have a Bitter Aftertaste?

Your homebrew has a bitter aftertaste because you didn’t ferment, boil, or condition it long enough. Most brews require multiple weeks to reach their final results. If you open and consume the brew too soon, you might taste a completely different brew than if you waited the required amount of time.

Another reason your homebrew has a bitter aftertaste is that you need to use the right homebrew beer equipment. Using the wrong equipment (or not cleaning it enough) will alter the brew’s flavor.

Keep in mind that you can change the brew’s bitterness based on its storage method. For example, many brewers claim a kegged beer tastes different than a bottled beer.

Does Fermentation Reduce a Homebrew’s Bitterness?

Fermentation reduces a homebrew’s bitterness quite a bit. Combined with waiting after the brew is complete, you can almost entirely remove the bitter taste from all of your homebrews. However, fermenting the brew for too long can also ruin the appearance and flavor. It’s important to let the brew ferment for a couple of weeks.

The Wiley Online Library states that a brew can lose up to 41.54% of its bitterness through the fermentation process. As it seems, waiting a little bit longer might be all you need to do to eliminate the bitterness from your homebrew.

Beer conditioning can also get rid of some of the bitter edge from your homebrew. Conditioning is the process of incorporating carbonation into the brewing process.

It takes about as long as fermentation, though some brewers prefer a week more or less than the fermentation process. This combines for a total of two to six weeks until the beer’s bitterness balances out (which is why I stated the previously mentioned four-week estimate).

Aside from excessive bitterness, discolored beer is one of the best ways to know if your brew didn’t ferment enough. Your brew will look hazy and cloudy, while also tasting bitter. The hops need time to ferment and dilute prior to consumption.

While your homebrewing process might take a little while to perfect, you don’t always need to change your formula. Consider waiting a few extra days to let the bitterness fade, then decide if you need to make ingredient changes. If you’re a complete beginner, review my guide about how to make beer at home with the best techniques and ingredients. 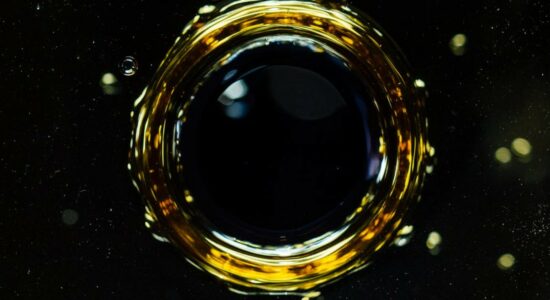 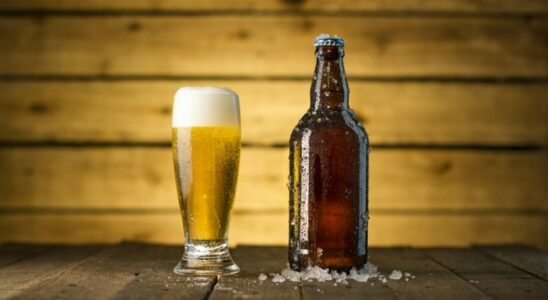 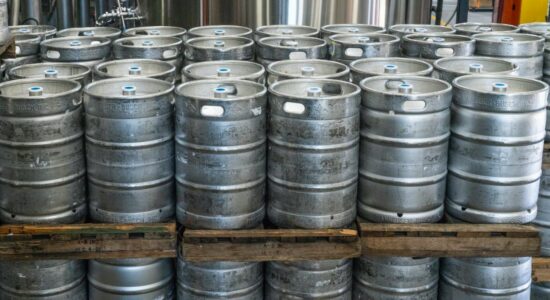 Beer Info
How Long Does Homebrew Beer Last in a Keg? 5 Facts
When you start making your own beer, you’ll likely want to be able to keep it and share...