Oats, Wheat, and Rye in Beer – What Grains Add to Beer 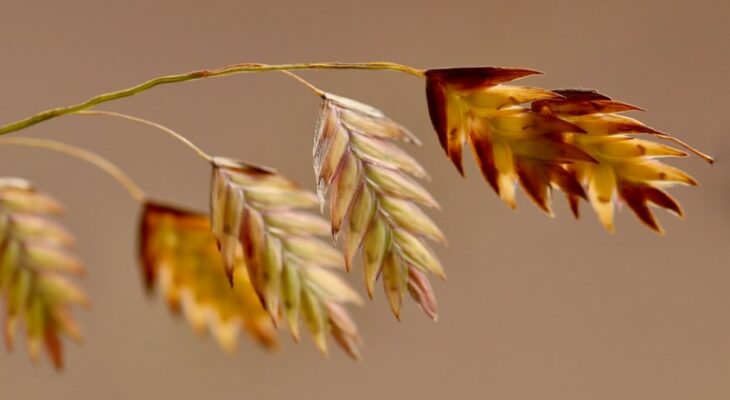 Oats, wheat, and rye are used in brewing as adjunct grains. The work of such grains is to supplement the main mash ingredient, such as barley. Using oats, wheat, or rye as adjuncts in your beer adds flavor and texture to the beer and adds a twist to its appearance.

This article will discuss how different grains affect beer’s taste, texture, and appearance. I’ll also discuss the various forms of oats, wheat, and rye you can use in your beers and the types of beers you can make using oats, wheat, or rye adjuncts. Let’s dive right in.

How Different Grains Affect the Taste of Beer

As I mentioned earlier, most brewers choose barley as the primary grain in the mash. However, you can experiment with different beer recipes if you love brewing beer at home. For instance, you can add adjuncts to the barley mash.

Adjuncts are unmalted grains that partly supplement the barley mash. For instance, you can add oats, wheat, or rye to your barley mash. Oats, wheat, and rye are great adjuncts as they affect the beer’s final taste, as explained below.

How Oats Affect the Taste of Beer

You probably think of the famous, healthy breakfast food when you think of oats. However, oats are versatile, and many home brewers use oats as brewing adjuncts. Oats have gums, starches, waxes, fats, and proteins, so when you use oats in brewing, they affect the beer’s taste.

Here’s how oats affect the taste of beer:

How Wheat Affects the Taste of Beer

As you know, the primary function of wheat is the production of pasta and bread. However, you can also use wheat as a brewing adjunct. Wheat contains proteins and has a soft texture; when you add it to the barley mash, it affects the taste of the beer in various ways.

Below is how wheat affects the taste of beer:

How Rye Affects the Taste of Beer

Rye is an adjunct you can add to your barley mash to give a twist to your beer. Rye has a higher protein percentage than other grains and is hull-less. It’s best to add a small amount of rye (about 10%) to the mash to prevent the mash from clumping up and turning to concrete.

When you add rye to your beer mash, it affects the beer’s taste in different ways.

Below is how rye affects the taste of beer:

How Different Grains Affect the Texture of Beer

Adjunct grains like oats, wheat, and rye don’t only affect the taste of your beer but also play with the beer’s texture. So, when you add any of these grains to your beer mash, the final product has a different texture. Below is how various grains affect the texture of beer:

How Oats Affect the Texture of the Beer

How Wheat Affects the Texture of the Beer

Wheat is usually a smooth grain, and when you use it as an adjunct in beer, it affects the beer’s texture in different ways.

Here’s how wheat affects the texture of beer:

How Rye Affects the Texture of the Beer

Rye has more protein content than barley. So, when you add a small percentage of rye to your beer mash, it affects the texture of the beer in various ways, as explained below.

How Different Grains Affect the Appearance of Beer

Adding adjunct grains such as oats, wheat, or rye to barley mash affects the beer’s flavor, texture, and appearance. Each can affect the beer’s appearance differently, as explained below.

How Oats Affect the Appearance of the Beer

How Wheat Affects the Appearance of the Beer

Wheat contains a high amount of protein, and adding it to beer during the brewing process affects its appearance in various ways.

Here’s how wheat affects the appearance of beer:

How Rye Affects the Appearance of the Beer

As I mentioned earlier, rye is a grain that is loaded with protein. When you add rye as an adjunct to beer, the protein gives the beer a hazy appearance. In other words, the beer may look cloudy in a pleasing way.

Different Forms of Oats, Wheat, and Rye You Can Add to Beer

Different Forms of Oats You Can Use in Your Beer

If you’d like to add oats to your beer mash, there are different forms of oats to choose from.

Below are the various forms of oats you can use in your beer:

Different Forms of Oats You Can Use in Your Beer

Suppose you want to use wheat as an adjunct in your beer. In that case, you’ve several forms of wheat to choose from.

Below are the forms of wheat you can use in your beer:

Different Forms of Rye You Can Use in Your Beer

If you want to add rye as an adjunct to your beer, there are several rye forms to choose from.

Below are the different forms of rye you could use in your brew:

Types of Beers You Can Make Using Oats, Wheat, or Rye

You can make various beers using adjunct grains like oat, wheat, or rye.

Below are examples of the types of beers you can brew using these adjuncts:

Types of Beers You Can Make Using Oats Adjunct

Oats are great additions to dark beers such as:

Types of Beers You Can Brew Using Wheat Adjunct

Wheat is excellent as an adjunct in beers like:

Types of Beers You Could Brew Using Rye Adjunct

Since rye has a unique flavor profile, it’s an excellent adjunct in complex beers such as:

When you master the basics of beer brewing, you can experiment with adjuncts such as oats, wheat, and rye in your beer. Suppose you add these adjuncts to your mash; they’ll give your beer a new, exciting twist. As you continue experimenting with these grains, you’ll slowly perfect the art of using them in brewing.

Oats, wheat, and rye behave differently when you add them to your barley mash. They have one thing in common: they tweak your beer by playing around with the flavor, texture, and appearance. These adjuncts can definitely make your brewing experience rewarding.