What is Moonshine Really Made From?

I must admit—I was once as curious as you are now. With its strong kick and unmistakable odor, moonshine is as fascinating as it is intimidating. Naturally, I started asking myself some questions.

What is moonshine made from? Generally, this at-home alcohol is made from corn meal, sugar, water, and yeast. While the recipe for moonshine is largely similar to the recipes of brandy and whiskey, this alcohol differs in that it is not aged—though it is sometimes mixed with sweet fruits for more complex flavors.

Coming up, we’ll take a deep dive into everything about moonshine, including its legal status, strength, and other important information.

What Type of Alcohol Is in Moonshine?

Let’s start with one of the most important questions. Namely, what type of alcohol is moonshine? As you might imagine, there is no set answer. Because moonshine is made at home, it varies in recipe, alcohol concentration, and taste.

Generally, moonshine comes in the rum or whisky varieties, depending on the ingredients.

Most commercial moonshines are simply unaged whiskeys (though you could argue these aren’t technically moonshines at all). Still, this doesn’t mean that true moonshine will be anything like the store-bought whiskies that you’re used to drinking.

Coming up, we’ll take an in-depth look at what sets moonshine apart, starting with its unique taste.

Given all this, what exactly does real moonshine taste like? Generally speaking, moonshines can be sweet, bitter, watery and/or have notes of corn.

However, this commonly asked question is a fair one that yields different answers based on who you ask. That’s because no two moonshine recipes are exactly the same. Because moonshine isn’t made to adhere to any given federal guideline or general recipe, batches can vary according to who is making it, the ingredients used, and the distillation process.

As mentioned, real moonshine comes typically with a mix of the following flavors:

As mentioned, most moonshines are made with some type of corn meal or other grains. Not surprisingly, then, many real moonshines have a somewhat “corny” flavor. This obviously depends on the amount of corn meal used or the different grains that have been put into the moonshine (some distillers use rye, for example, to take out some of the overpowering taste of the corn meal).

Sometimes, real moonshine won’t have any flavor at all. If it’s aged somewhat, especially, you can expect the alcohol to go down smooth—almost suspiciously so. Don’t be surprised if a batch of true moonshine has no flavor and absolutely no detectable kick. Just as important, don’t take this as your key to simply down the drink in one go (because you will certainly feel it later).

Depending on the recipe and mixture, real moonshine can also be sweet (or bitter). It’s not uncommon for the alcohol to have an almost cidery taste, or for it to taste like lemons. That’s because fruits are sometimes used to give moonshine a less harsh and more palatable taste, though it really depends on the batch and where you’re getting it.

One of the most distinguishing aspects of true moonshine, however, is its punch. Many of the true moonshines you find will go down fiery—and possibly even come up the same way. If you’re not careful, these potent drinks can knock you flat (and that’s not an exaggeration).

Would you like to give it a try? Check out this moonshine’s step by step recipe.

How Strong Is Moonshine?

So just how strong is moonshine, really? You may be surprised. In order to best understand the magnitude of this spirit’s strength, it’s best to put it in conversation with other popular alcohols. Generally speaking, your favorite can of store-bought beer is about 5% alcohol, and that wine you drink to chill at the end of the day is a little stronger at 12%. Standard moonshines, however, can clock in at a jaw-dropping 75% alcohol (or 150 proof).

Obviously, this isn’t the stuff you want to drink casually.

The strength of moonshine comes from its lack of aging and—in the old days—from the intense and unregulated distilling processes that were used to make prohibited alcohol.

Because of its strength, moonshines are typically drunk in shot form or mixed with non-alcoholic drinks to dilute the impact. Even if you can handle the harsh flavors of the alcohol, however, it’s not advised that you drink much of it in one go. That’s because, even diluted, moonshine contains a higher alcohol concentration than most beers, wines, and even spirits and can really put you out of commission (or worse, as we’ll see later).

Is Moonshine Stronger Than Vodka?

Anyone who’s had vodka can tell you that it’s not for the weak-hearted. Bottled at 80-100 proof, the right bottle of vodka can introduce you to new levels of drunk (and the worst hangover of your life). It’s no wonder, then, that vodka has developed a reputation as one of the strongest alcohols in the world.

But even vodka pales in comparison to the strongest moonshines, which, as we’ve seen, are commonly bottled at 150 proof.

FACT: some moonshines distilled during the prohibition era went up to 190 proof—about double what you can expect from a standard vodka.

This undrinkable whiskey has even been used to power cars, so you’ll want to stay away from it and opt for the commercially approved options.

Even lighter moonshines generally register at 125 proof, meaning the standard alcohol content of even the lightest moonshines is more than you can casually drink.

Why Is Moonshine Illegal?

While there are a number of potential health concerns from drinking (and making) pure moonshine, these have little to do with why moonshine is illegal. The more pressing concern is the gigantic loss of federal revenue that comes with the operation of at-home distilleries.

Let’s break it down. Currently, the excise tax on over-80 proofs is over $2. That may not seem like very much at first, but it equals out to millions of dollars of tax revenue every year.

When moonshine is produced at home, then, the creation and distribution of this alcohol causes the government to lose out on a fortune.

For this reason, those who are making alcohol at home must receive a license from the federal government, or they risk facing decades in jail.

Keep in mind that the same does not apply to drinking moonshine, which isn’t a crime in and of itself.

It’s simply the creation, distribution, and even possession of moonshine that can land you in trouble.

REMEMBER: It’s important to understand that these regulations don’t apply to home-made beers and wines that are created through the fermentation process.

That’s because the yeasts that produce these drinks typically cannot yield more than 12% alcohol. It’s only when an alcohol must be distilled that it’s considered illegal.

Can Moonshine Kill You?

You may have heard the stories. “Moonshine kills.” Or better yet, “Moonshine will make you go blind.” But are these tales true? Is drinking moonshine really as dangerous as they say?

The answer is complicated. While you certainly won’t be risking your health by drinking commercial moonshines at your local bar or from an established retailer, there are potential health concerns with true moonshine, particularly if you are making it yourself. This is because moonshine contains methanol, a gas that can be harmful or even fatal if consumed in large enough doses.

Let’s break it down. During the distillation process, moonshine releases both methanol (a bad compound) and ethanol (a good compound). Commercially approved alcohols will contain only the latter, but you can’t get such a clean (and therefore safe) spirit from home.

It takes only 30ml of methanol to permanently damage your optic nerves—so you’ll want to be wary of the moonshines you are putting in your body.

There are other concerns, as well.

At-home moonshine distilleries have been known to explode, for one thing. More concerning to those who drink the stuff, however, is the lack of any true regulations that govern the distillation process. Outside of methanol, other impurities exist in the alcohol, as well, and these take time to remove.

TIP: To avoid potential explosions, don’t use the same moonshine kit for oils and liquor.

Some homemade moonshines that have only undergone a single pass, then, can be dangerous, particularly if they are boiled too hot, which allows other harmful substances to come into the alcohol.

For this reason, it’s best to drink only the commercial moonshine that’s produced and sold by licensed retailers. Even then, you’ll want to take things slowly in order to beat the kick behind the alcohol.

Like your alcohol to pack a punch? It may be time to give moonshine a try. Though real moonshine is illegal and should only be drank cautiously, there are a number of commercial moonshines that provide a similar punch with the benefit of passing federal health regulations.

In this guide, we covered everything there is to know about moonshine, including how it’s made, what it’s made of, and how strong it is.

Make sure to come back to this guide whenever you have questions about moonshine! 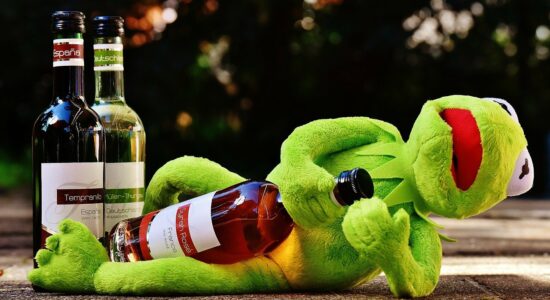 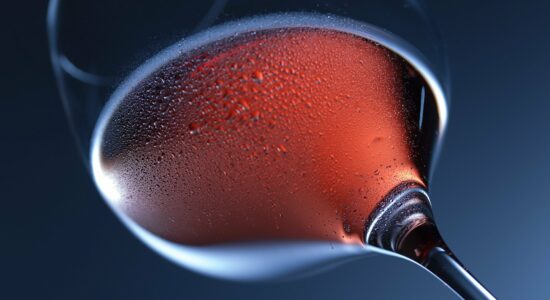 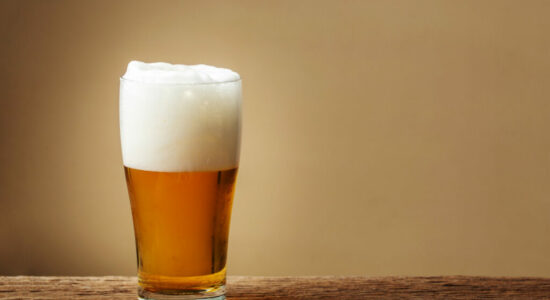 Beer Info
What is a Cream Beer and How is it Made?
Despite what its name suggests, cream beer doesn’t contain any dairy!... 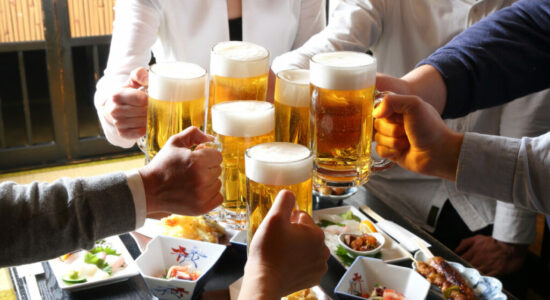 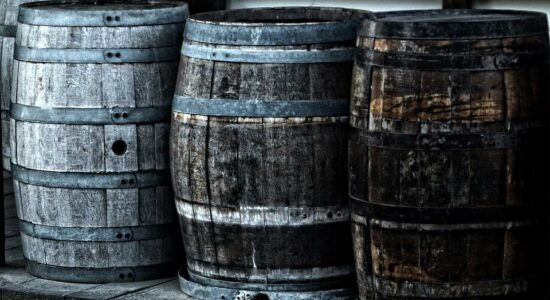 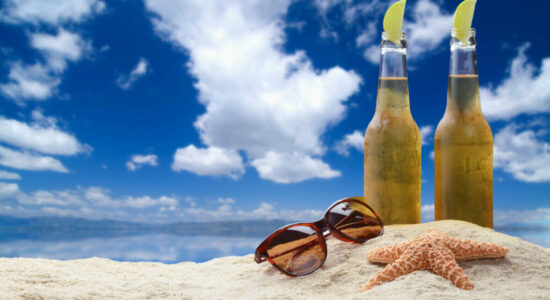 Beer Info
What is a Lime Beer? & (How is a Lime Beer Made?)
While some beer flavor names tend to be vague or confusing, a lime beer is very...