Why Is Making Moonshine Illegal While Beer Isn’t? 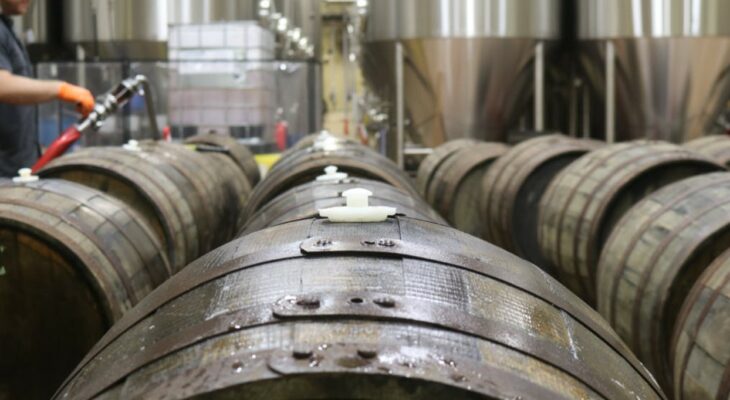 By Simon in Uncategorized

Beer and moonshine are both alcohol that people can make at home, but only one of them is legal to make. You are not legally allowed to make moonshine at home, but brewing homemade beer is legal. So why is making moonshine illegal while beer is not?

Making moonshine at home is illegal because the government can make more tax revenue by regulating it compared to beer. Additionally, it can be dangerous if you make it wrong, and minors must be denied access to moonshine due to its high alcohol content.

In this article, I’ll explain why making moonshine is illegal, but beer is not. You can also use a quick reference table at the end of the article to compare the two alcohols.

An important thing to understand is that the government makes money on alcohol sales of all kinds, and the higher the alcohol content, the higher they tax it.

So, if people make homemade moonshine, whether they are selling it or keeping it for themselves, the government misses out on the money they could have made on the alcohol.

The government taxes alcohol based on how high the alcohol percentage is, so moonshine is one of the highest-taxed alcohols.

These tax amounts are just the federal taxes that moonshine is subject to, and states often have their own taxes for alcohol too.

State tax is also higher for moonshine than beer, so states also want making moonshine at home to be illegal to get the tax revenue from production and sales.

On the other hand, beer is taxed significantly lower.

So, while the government makes money taxing beer, it is much less than moonshine, which is why it is not as big a deal when people make beer at home.

Moonshine Can Be Dangerous

Moonshine can be dangeorus. if someone makes it wrong. Professional moonshine distillers are specially trained to know when moonshine is drinkable and when it is pure alcohol, which is lethal.

Just because ethanol is drinkable does not mean it tastes good either.

To make good, safe moonshine, you need to be able to proof it and make sure it is not too high in alcohol.

Moonshine is usually around 150 proof, and there are ways to proof your moonshine at home.

So, the government keeps moonshine making at home illegal. While anyone of legal age can still buy and drink as much as they want, keeping it illegal to make at home ensures that all moonshine is made properly.

Beer can also be bad, as can any alcoholic substance, but it would take significantly more beer to be drunk in a short period to be harmful.

Additionally, homemade beer will only ever give you ethanol, not methanol, so there’s no worry about homebrewed beer.

On the other hand, moonshine just needs to be made wrong or have someone drink much less in a short time for it to be lethal.

Even though moonshine is illegal to make at home, you may still be curious about how to make it properly. Making moonshine is easier with a step-by-step recipe, but it does not guarantee that you will make it right. It is still illegal.

Moonshine is also illegal to make at home because it is easier to ensure legal moonshine does not get into the hands of underage people.

When moonshine is regulated and only sold at stores with a liquor license, only people of the legal drinking age will be able to purchase the moonshine.

But, if people make moonshine at home, it can easily be sold to minors or found by minors living in the home where it is being produced.

If the government is unaware of the moonshine being made, they cannot regulate it to ensure anyone under 21 does not buy or drink it.

Beer is also illegal for anyone under 21 to consume or possess, but it is not as harmful to minors as moonshine. Moonshine has a much higher alcohol content and will be much more harmful to young people’s development if they drink it than beer.

And, for someone young who has never had alcohol before, they have a low tolerance, and even a shot of moonshine will affect them a lot. But, just one beer will not be as harmful to them, even though it is still not good.

Even though it is illegal, people still make moonshine at home, usually with a moonshine kit that helps you make it properly and safely.

Here’s a quick table that gives you an overview of beer vs. moonshine:

Beer is made from hops, water, yeast, and grain. But what is moonshine made from? You can read about the ingredients in moonshine and how it differs from beer.

Moonshine is illegal to make at home because it can be dangerous if it is not made properly, the government misses out on tax revenue when they are not regulating the production and sale of it, and because making it illegal makes it easier to keep moonshine out of the hands of minors.

On the other hand, beer is taxed at a much lower rate, is quite safe if made poorly, and is not as harmful to underage people.

Beer Brewing
How To Control Fermentation Temperature in Brewing
If you are a homebrewer or an aspiring brewer looking to get into the art, you must...