6 Reasons Why Fermenting Under Pressure Is Better 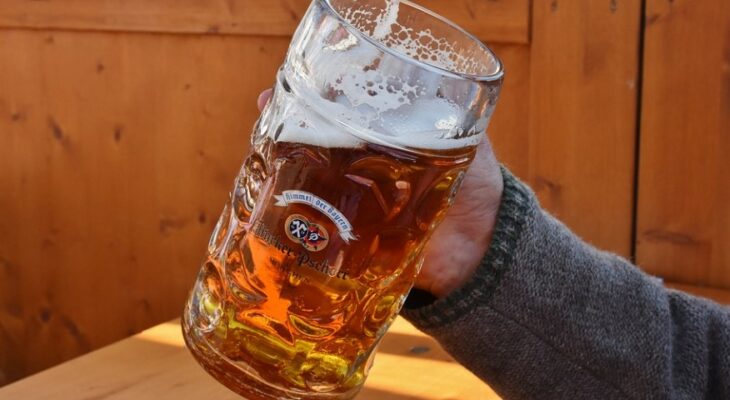 Fermenting under pressure is better because it makes the beer brewing process faster and cheaper. The process is also cleaner and more straightforward than traditional fermenting. In addition, it prevents beer oxidation and produces less krauser (foamy head).

In this article, I’ll explore all the reasons mentioned above in detail. By the end of the article, you’ll understand why fermenting under pressure is better than other methods. Read on.

1. Fermenting Under Pressure Is Better Because It’s Faster

The fermentation process could take two weeks or more when fermenting traditionally, depending on your desired results. However, fermenting under pressure is slightly faster; the process may take about eight days.

The reasons why fermenting under pressure is more rapid are the following:

As a home brewer, it’s good to know that beer brewing takes time and patience is vital.

So, by reducing the fermenting period, you save on the waiting time.

It’s good to note that faster fermentation does not compromise the beer’s flavor.

2. Fermenting Under Pressure Is Cheaper

The under pressure fermenting equipment has a spunding valve that lets you naturally carbonate the beer in the fermenter. You just set the pounds per square inch (PSI) of pressure you desire on the valve and allow the beer to ferment away. For instance, a PSI of 10 to 15 is quite good.

As a result, when you naturally carbonate your beer by fermenting under pressure, you don’t have to buy CO2 to add to your beer forcibly. You thus save money on the production costs.

This process differs from traditional fermenting, where it takes about two weeks for the beer to carbonate naturally. This long waiting period can push you to buy CO2 to carbonate by injecting the pressurized CO2 into the beer forcibly.

Buying CO2 to carbonate the beer is an additional cost to the brewing process.

3. Fermenting Under Pressure Prevents Oxidation in the Beer

When fermenting under pressure, the system is closed, so oxygen can’t interact with the fermenting yeast.

In addition, with under pressure fermenting, if you want your beer to have a higher alcohol content, you don’t have to pour the beer into another container for secondary fermentation. You need only leave the beer in the fermenter for a more extended period, and the alcohol content will increase.

By leaving the beer longer in the fermenter for secondary fermentation, you prevent oxidation in the beer. As a result, you get a higher-quality beer.

In addition, the beer has a longer shelf life as it takes longer to expire.

4. Fermenting Under Pressure Is Cleaner

You should ensure that everything you use when brewing is clean to prevent your beer from getting contaminated or infected. One of the main advantages of fermenting under pressure is that the fermentation happens in one tightly closed vessel.

You don’t expose the beer to air, and there is minor handling, thus preventing contamination and infection of the beer.

However, in the traditional fermentation method, you must transfer the beer to another vessel for secondary fermentation. Doing so can expose the beer to contaminated air.

In addition, during the transfer process, there is a lot of handling, which could infect your beer. Infected beer could be harmful depending on the degree of contamination.

However, when you ferment under pressure, the process is less vigorous, and the beer thus produces less krausen.

When the fermenting process produces less krausen, you can brew a larger volume of beer in the fermenter to last for a longer period.

Fermenting under pressure is better than traditional fermenting because it makes brewing easier.

Below is a table showing that fermenting under pressure is more straightforward than fermenting traditionally:

So, there you have it. It’s clear from this table that when you ferment under pressure, the effort you put into producing the beer reduces.