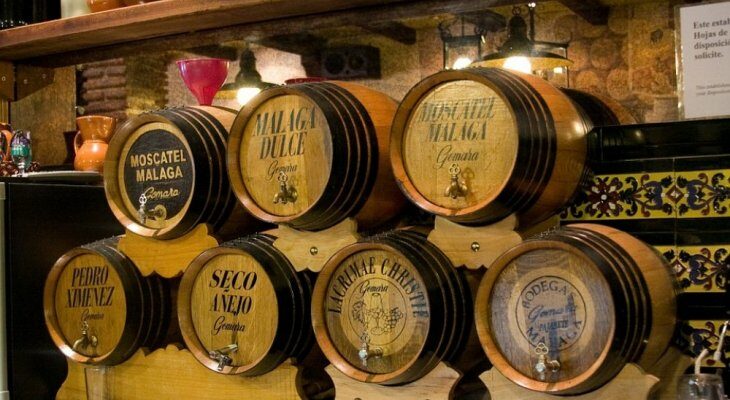 Using the proper method of keeping air out of your beer when brewing is one of the most vital things to uphold if you want to brew beer successfully.

In this blog post I’m gonna talk about the best airlocks for homebrewing, and some alternatives you can use if you don’t have a proper airlock.

What Are the Best Airlocks for Homebrewing? In general, most homebrewers use either a S-shape airlock or a 3-piece airlock. The 3-piece airlock is the most popular choice overall since it’s easier to use and clean. However, you can also use other household utensils, like tin foil or plastic bags with rubber bands as an airlock.

There are various ways to airlock your beer batches.

Continue reading this post for more in-depth answers to which airlock types exists, and what alternatives you can use.

What is The Purpose of Airlocks in Homebrewing?

Before we get into the best airlocks for homebrewing, let’s first settle what the role of an airlock exactly is in homebrewing.

An airlock is a device that keeps possible hostile air from entering the airspace within your fermentation bucket or carboy. The airlock is a vital part of making sure fermentation runs smoothly, and avoids contamination.

Take a look at this post I wrote about fermentation if you want to know more.

The way an airlock exactly works is that it uses encapsulated water that the carbon-monoxide released from the fermentation process can use to bubble without creating pressure that could end up blasting open the fermentation bucket or carboy. Gravity is what makes sure the water stays down and seals in the airspace.

All in all it comes down to allowing CO2 to escape your fermentation bucket/carboy but keeping oxygen from entering, which is what can potentially ruin your entire batch.

The Best Airlocks for Homebrewing

In homebrewing there are 2 types of main airlocks people use. These are the bubble/s-shape airlocks and the 3-piece airlocks.

They are more or less the same in terms of the actual functionality of each one, both have a chamber for water and both use gravity in this water chamber to keep the water down and allow CO2 pressure to release through bubbling in this water.

This airlock as the name indicates, is an airlock with a tube that has an s-curve and a water chamber.

The design of this airlock makes it very easy and simple to use. You simply fill the chamber with water, place it inside a stopper and place this stopper on the opening of your fermenting bucket or your carboy.

The downside of this type of airlock, is that it comes in 1 piece in either glass or plastic.

IMPORTANT NOTE: The way this airlock is curved can make it rather hard to clean thoroughly, so the risk of bacteria ruining your next batch is slightly higher.

An airlock that, funnily enough, comes in 3 parts. These parts are: the main chamber, the floating bubbler and the cap.

The main chamber has a little tube that goes through the center with a liquid chamber surrounding it. This chamber is the chamber that contains the water.

This creates the same process as the bubble shape airlock, where the water allows CO2 to escape, but keeps outside oxygen from entering your fermentation bucket or carboy.

If you want some inspiration for 3-piece airlocks online you can check out Amazon’s choices by clicking this link.

My Personal Recommendation of Airlock

If you’ve read other of my blog posts you may have noticed that I tend to go for the options that require the least amount of work.

The same thing applies to the choice of which airlock to use.

Most homebrewers will probably agree that the 3-piece airlock (Amazon link) is the best suited airlock for fermentation.

You can use the Bubble/s-shape airlocks too, but they are a bit annoying to clean as previously mentioned, but that being said, they are rather cheap, so you can just use each airlock once and then have a bunch laying around for future use.

There is no set-in-stone airlock that’s simply the best, but if you look across the many homebrewing forums out there, they will most likely recommend you go for the 3-piece airlock to save yourself the trouble of a long cleaning process.

A thing that can occur for any home brewer, is suddenly finding yourself in a situation where it’s time for fermenting, but you’re unexpectedly out of airlocks!

Now there are alternatives to the 2 types of airlocks mentioned earlier in this blog post, but they aren’t as secure as the actual airlocks.

Using Aluminum Foil as an Airlock

Using a piece of sanitary/food grade aluminum foil placed over the top of your fermentation bucket or carboy can function as an airlock, but comes with some risk.

Bacteria and wild yeast in the air move around with air currents, and can fall downwards comparable to how dust forms on surfaces.

Placing aluminum foil over your fermenter and slightly down the side will keep the bacteria from falling into your beer batch.

CO2 will also escape down the side of your carboy/bucket and come out where the aluminum foil ends.

However, the downside here is that oxygen can enter your batch, since there is no actual barrier stopping it, except the current of CO2 going against it, but there is no guarantee that oxygen will completely stay out of your bucket/carboy.

Using Balloons as an Airlock

This method is mostly usable for carboy fermenters.

Using a balloon with a rubber band can function nicely as a homemade airlock. Similar to the aluminum foil example, you place the balloon over your carboy and place rubber bands around it to make it as airtight as possible.

You then poke a few tiny holes in it, to allow the CO2 to escape.

QUICK TIP: it is important to make sure the holes are small enough to allow enough CO2 to escape so there is no room for outside oxygen to enter through the holes.

Once again the risk here is that some oxygen may enter your batch, and oxidate it.

Other Examples of Airlock Alternatives

You can get quite creative when making a homemade airlock. As long as it is a material that can expand and allow CO2 to escape while minimum oxygen enters, you can really use anything you could imagine.

Some examples of this are: