How Long Does Homebrew Beer Last in a Keg? 5 Facts 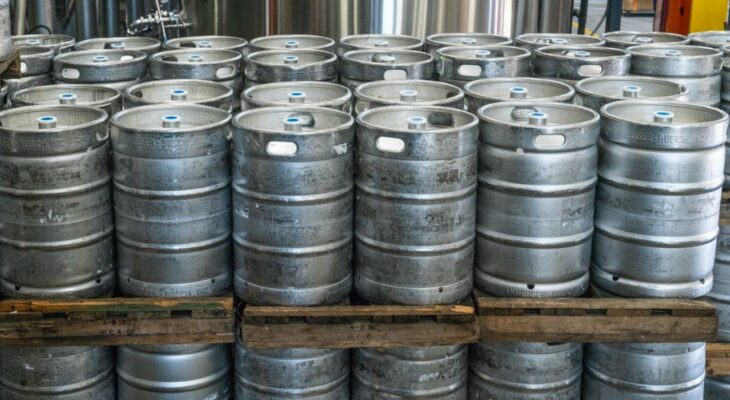 When you start making your own beer, you’ll likely want to be able to keep it and share it with friends and family. One of the best ways to store homebrew is in a keg. However, many beginner homebrewers question how long their brew will last in a keg.

Homebrew beer lasts approximately four months in a keg if it is kept at the right temperature, dispensed with a kegerator using CO2, and if it isn’t otherwise contaminated.

In the rest of this article, I’ll explain some different facts you should know about storing your homebrew in a keg. If you want to impress people with your delicious beer instead of serving them a brew that tastes like cardboard or skunk, keep reading!

1. Maintaining the Proper Temperature Is Essential

One of the best ways to keep your homebrew fresh and stop it from spoiling too soon is to keep it at the right temperature. The best temperature to maintain is 38 degrees Fahrenheit (3.3.°C).

If the beer gets hotter than 38 degrees, the oxidation process is sped up, leading to your delicious homebrew getting more stale and foamy until it is no longer tasty to drink.

Furthermore, bacteria are more likely to grow in hot, moist environments, so a keg in warm temperatures is prone to growing bacteria, which will spoil the beer and cause health problems if consumed.

Everyone loves a nice, cold beer, but storing beer at too cold a temperature can damage the homebrew. If the brew gets below 28 degrees Fahrenheit (-2.2 °C), it will likely freeze, which could cause an explosion because of carbon expansion.

For more information about why temperature matters with kegs and storage, check out my article: How Long Does a Keg Last?

Oxidation is detrimental to beer and will greatly reduce how long it lasts. However, it is impossible to avoid altogether and difficult to control.

Oxidation is a natural chemical reaction that occurs in beer and may be accelerated by temperature and exposure to oxygen. Oxidation occurs when beer is exposed to too much oxygen post-fermentation, and the brew loses yeast.

This chemical process destabilizes beer and changes its flavor. Often, oxidized beer tastes like wet cardboard, which is not the way to impress your friends and family! It also causes the beer to spoil more quickly.

Storing homebrew under CO2 is the best way to prevent oxygen from reaching your beer. If you have a kegerator with CO2, your homebrew is likely to last up to four months in your keg. If you don’t have CO2, expect your beer to last only one or two months.

The following table outlines how to tell when the beer has oxidized and gone bad:

If your beer displays these symptoms, it’s best to avoid drinking it (not that you’d want to, anyway!). For more information, check out my article on how long beer really lasts.

3. Storing Your Keg in a Kegerator Is Best

Using a kegerator with a CO2 dispenser is the best way to keep your homebrew fresh and tasting as it should. In a kegerator, the keg stays at the right temperature, stays pressurized, and avoids oxidation.

While some home brewing kits contain kegging systems, they don’t come with a kegerator, so this will be a separate expense. For the best home brewing kits, check out my article on my recommendations for beginners.

I recommend buying the Ivation Full Size Kegerator from Amazon.com. With this kegerator, you can keep two different beer types on tap, and the indoor draft beer system keeps your beer at the proper temperature. You can also control the temperature with the control knob.

Storing your homebrew in a kegerator under CO2 means that the brew isn’t exposed to as much oxygen, which slows oxidation. Furthermore, no light can reach your brew when it is safe inside the kegerator, which prevents “skunked” or “lightstruck” beer.

All beer oxidizes no matter how you store it, but storage in a kegerator greatly slows down the process.

If you don’t have access to a kegerator, I recommend keeping your keg in a spare fridge or a cool, dark spot in your basement. Without the CO2, your beer won’t last as long, but it will still have a longer shelf life than if you’d left the keg out in the open.

Some people store their homebrew in their garage to keep it out of the way, but I do not recommend this. Garages are typically not thermostatically controlled, so they undergo extreme temperature changes. This may result in your beer getting too hot or too cold.

4. Keep Your Keg in the Dark

Storing your beer in a keg is already an effective way to keep light out, but to lengthen the life of your brew even more, store your keg in the dark. Your dark basement should suffice, but a kegerator is even better.

Exposure to light is bad for beer. Beer exposed to too much light is called “skunked” beer, which is not the most appealing nickname. “Skunked” beer smells, well, like skunk, and it tastes like it too.

5. Using a Manual Pump Shortens the Life of Your Brew

Kegged beer that uses CO2 dispensers can last for months, but this is not the case if you use a manual pump to dispense the beer. Manual pumps introduce air into the keg to pressurize it, which causes the brew to become stale quickly.

Manual pumps are great tools for dispensing beer at house parties and cookouts, but they aren’t great if you’re not planning on finishing the keg and want to store the beer for longer.

The beer taste will change as more oxygen is pumped into the keg. Generally, you’ll only have around eight hours to polish off the keg before the beer tastes stale.

Homebrew beer can last as long as four months if you store your homebrew in a high-quality keg at the right temperature and under the proper conditions. In most cases, you’ll be so excited to share your creation with friends and family that you won’t even need it to last that long! 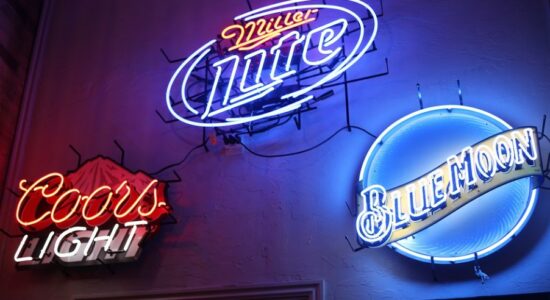