How Much Space Do You Really Need for a Brewery? 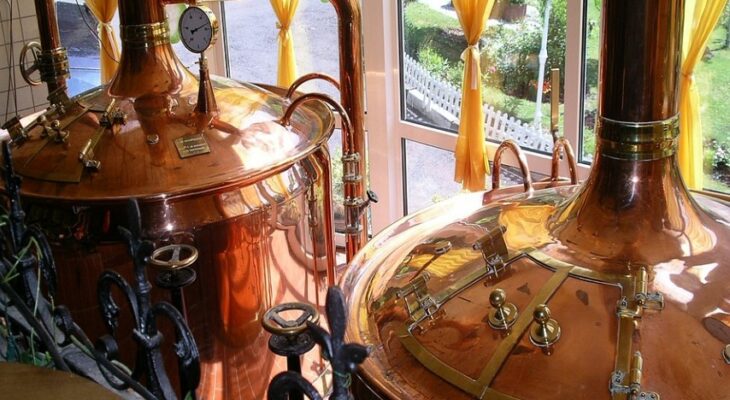 If you’re interested in brewing your own beer and are ready to give it a shot, you might be unsure if you can start due to space constraints. It might seem like brewing and storing all your beer and equipment might require space you don’t have. However, you can get away with using very little space, and if you estimate your needs correctly, you can do a lot without investing much in your brewing space.

Before you start building your brewery, you first have to think about what you want to do with it. Do you only want a home brewery? Or do you want to run a commercial brewery?

If you want to start a home brewery, do you want to scale it up and turn it into a business? Or do you simply want to brew beer for yourself?

On the other hand, if you want to plunge into commercial beer brewing, how big do you want your business to be? Do you want to keep it small, or is your goal to become the dominant brewer in your area?

You must answer all these questions when planning your brewery. Your goals will largely determine the size of your brewery.

If you only want to brew for yourself and maybe for friends and family, then your kitchen and cellar will be enough. However, if you want to go pro after a while, you need to leave enough space to increase the size of your brewery.

Likewise, if you want to start a business, you have to allow it to grow. Even if the space you start with is enough for a start, you might quickly outgrow it, making you look for a new space and spend resources and time on moving.

On the other hand, too much space is also not good. You’ll initially spend more money, and you can’t be sure your brewery will go into space.

Therefore, it’s best to leave some space to grow. It shouldn’t be too much, but roughly 20% more than what you need at the start will be enough if you’re planning to turn brewing into a job.

With these ideas in mind, you can start planning and purchasing equipment. Let’s examine the spatial requirements for your brewery in more detail.

How Much Space Do You Need for a Home Brewery?

Brewing beer at home doesn’t require much space. There are people in very densely populated cities with not a lot of space who brew beer at home without problems.

Before we start, let’s examine the basic equipment you need and how much space you’ll need for it.

While beer brewing equipment can get complicated, the fundamental gear you can’t do without is very simple. Here’s what you need and how much space it takes up.

Of course, these are rough estimates of how much floor space each element requires. It’s possible to reduce the numbers somewhat. For example, you can stack bottles on top of one another to reduce their footprint.

How Much Space You Need for a Brew Kettle

If you’re brewing at home, you’re probably using a kit, which means you’re aiming at around 5 gallons (22.73 L) of beer per brew.

This means that you should use a brew kettle that can hold between six and ten gallons (27.27 – 45.46 L) of liquid. It’s advisable to use the bigger kettle to prevent boil-over.

How Much Space You Need for a Fermenter

After your beer is boiled and chilled, you must ferment it to finish the process. This requires a fermenter, of course, and a home brewing fermenter won’t take up too much of your space.

How Much Space You Need for Beer Bottles

For a five-gallon (22.73 L) batch, you’ll need 50 bottles. This is based on the standard 12 fl oz / 354.88 ml bottle. You may slightly reduce the footprint of your bottles by using pint bottles. In that case, you’ll simply use fewer bottles, meaning less floor space is used.

How much space they’ll require only depends on how you store them. Roughly, their footprint will be 1.14 ft2 (0.105 m2), but you can reduce it significantly with careful storage.

How Much Space You Need for the Keg

Kegging and force-carbonating your beer is another method to get CO2 in it. On the other hand, you may simply prefer kegging to bottling, and require a keg for that reason.

A keg has a footprint of roughly 0.78 ft2 (0.072 m2). If you need a CO2 keg to pressurize the beer, you can roughly double these dimensions to fit the other keg as well.

How Much Space Do You Need for Brewing?

You want to get as much space as you can get. However, if you’re well-organized, you can brew a decent batch of beer even in a tiny studio flat kitchen. It can be a pain in the neck, but you surely don’t need a big kitchen for this.

It’s possible to brew a batch of beer in a kitchen that’s as small as 10 ft2 (0.92 m2). It’s just enough to squeeze your stovetop, kettle, and yourself in it. Besides, you don’t have to look at it all the time it’s boiling.

You should check up on it occasionally, but there’s no need to spend all the time in the kitchen.

If you’re using a whole-grain recipe, you might even be able to lauter your beer in that space. It might be tough, but it’s doable.

If possible, get a propane burner and boil your wort outside. Even if you don’t have a tight space, this can be a useful trick if you don’t like the idea of boiling stuff in your kitchen in very hot weather.

How Much Space Do You Need To Store Your Beer?

It’s difficult to estimate how much space you need for your beer. It depends on how much beer you want to store at any given time.

The space you have will determine how much beer you can brew and store if you have no cellar. You’ll have to adapt to your circumstances. Consider throwing a party after each batch to drink it quickly and make more room for the next one.

What if You Go Down the All-Grain Route?

All-grain brewing is a bit more complicated than using a kit, and it requires more space. However, the space requirements won’t increase much, especially if you use Brew in a Bag.

Brew in a Bag allows you to mash and boil in the same vessel. You just need a vessel that can manage sparge and strike water requirements, so you don’t have to use an additional vessel.

If you don’t use Brew in a Bag, you’ll have to lauter your grains to extract as many fermentable sugars as you can. You need a mash tun and a hot liquor tank for this. You can find a lautering kit online to simplify things.

Some kits will allow you to store the mash tun inside the hot liquor tank. This will reduce the footprint to around 0.35 ft2 (0.032 m2).

How Much Space Do You Need for a Commercial Brewery?

The size of a commercial brewery may vary a lot depending on how big you want your business to be. A nano brewery can fit into a space barely bigger than what you need for a home brewery.

In a tiny brewery, the brewing process probably won’t take up that much space, but you’ll need a decent amount of space for storage. The more you grow, the more space you’ll require, so be ready for that, too.

It’s recommended to have at least 2.16 ft2 or 0.200 m2 for every barrel you produce yearly. However, this is not set in stone. It’s just a recommendation that allows you to work in your brewery comfortably.

You’ll often find breweries that are both smaller and bigger than this. There are nano breweries that only have 0.2 ft2 (0.018 m2) per barrel. That probably doesn’t make it too comfortable to work, but it seems manageable.

There are also breweries with as much as 40 ft2 (3.71 m2) per barrel. These are relatively large businesses, and you’ll have to be in business for quite some time before you get to that level.

As a beginner, it’s best to stick to 2.16 ft2 (0.200 m2) per barrel. It will allow you to work comfortably and give you some headspace to scale your business unless you somehow explode overnight.

Some breweries function properly with as little as 500 ft2 (46.45 m2) of usable space. You can squeeze a surprisingly large amount of equipment into such a small space if you organize yourself well.

If you want to open a brewpub or a tasting room as well, you’ll need some additional space. You want to allow your customers to be comfortable and savor your beer in a cozy atmosphere.

It’s also important to factor in how many types of beer you want to make simultaneously. More beer types at the same time require a bigger space, and it might be difficult to squeeze lots of them into a microbrewery.

Such problems can be offset by working in shifts, but that might not be possible at the beginning. Most small breweries only work a single shift, so you’ll have to get as much work done as possible in those eight hours.

As you scale your business, it might become profitable to introduce a second shift so you can get more out of the confined space. However, you must be careful as hiring more people and using more resources might not be profitable.

As long as you can work comfortably and produce enough to keep the business running, you’ll be fine. There’s no point in overshooting the mark and investing in a space that’s too big.

Beer Brewing
How To Control Fermentation Temperature in Brewing
If you are a homebrewer or an aspiring brewer looking to get into the art, you must...