How To Make a Yeast Starter (Basic Step-by-Step) 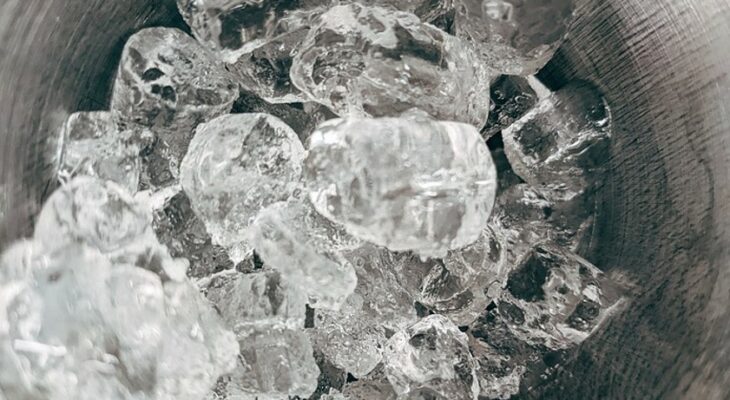 Learning to make yeast starters is essential for aspiring homebrewers, and you sometimes need multiple packs to get enough fermentation for certain beers, adding to the overall cost. Instead of buying yeast, why not grow it yourself because it flourishes under the right conditions?

To make a yeast starter, prepare your equipment and create a small wort batch. Allow it to cool and add the yeast. Ideally, you must give the yeast at least 24 hours to reproduce in a non-airtight, sterilized container.

Making yeast may sound simple but complex, and you can think of it as a microbrew. Below you’ll find out everything you need to know about this process. Let’s dive right in!

Before you do anything else, you need to calculate your pitching rate to ensure you get the correct fermentation. This has nothing to do with baseball because the pitching rate is the ratio of yeast you must add to your wort.

A single packet of yeast won’t be enough to achieve the desired fermentation for anything but a light ale. Many homebrewers learn this early on when attempting stronger lagers and stouts.

This is where yeast starters come in because you can achieve a higher pitch rate by preparing one.

How To Calculate Your Pitching Rate

The yeast manufacturer will offer guidelines on pitching rates. Any beer with an original gravity (OG) higher than 1.050, that is, the amount of sugar in your wort, will need more yeast cells to ferment properly.

A single 11.5 g (0.4 oz) packet of yeast will only suffice for beers with an original gravity of around 1.030. Brewers yeast manufacturers will offer instructions. Check out Mangrove Jack’s Catalog as an example.

Over and Under Pitching

To elaborate more on pitching rates and why they are so critical, it helps to understand the possible outcomes of getting it wrong.

Underpitching or not adding enough yeast to your wort will result in slow fermentation. This also gives opportunistic bacteria and wild yeasts a better chance of infecting and ruining your beer.

Overpitching (adding too much yeast to your wort) can rob your beer of complexity and even give it some undesirable flavors. Although it can get the job done faster, it can also ruin your brew.

Making a yeast starter is a relatively simple process, with the primary consideration being sanitation. This ensures that you don’t infect your beer with potentially dangerous bacteria.

You need a few things to make yeast starters:

If you have an Erlenmeyer flask, you can use it to boil, cool, and store your yeast starter.

If you don’t have one, consider the Bomex Borosilicate Narrow Mouth Erlenmeyer Flask from Amazon. It will make the whole process easier because it has metric graduation markings to make measuring a cinch.

Using an Erlenmeyer flask, you will need a large piece of tin foil to cover the mouth, but you can also use a foam stopper. Outus 20-Piece Foam Stoppers (from Amazon) are autoclavable and reusable and will allow your yeast to breathe while protecting it from contamination.

3. Plan To Make Your Starter 24 Hours Before You Need It

Making the starter doesn’t take very long, but you need to give the yeast enough time to reproduce.

You should prepare the starter a day before you brew. This allows the yeast enough time to reproduce.

You can also do this in 2 stages by decanting the spent wort and adding a fresh batch of sterile wort at the 24-hour mark to further increase the yeast. After this, give it another 24 hours.

If you’ve been homebrewing for a while, you should know the drill. You need to sanitize your equipment before using it.

Boil the glass container (and optional funnel) that you will be using for your yeast starter. Boil it for at least 5 minutes to kill any unwanted bacteria. If you use the same pot to make your starter, the steam should sanitize it if you put the lid on while it’s boiling.

If you’re using an Erlenmeyer flask, ensure you sterilize the tinfoil you will use to cover its mouth. Unfortunately, it’s easy to miss something small like this and ruin an entire batch of beer.

This is where things get technical. Measuring out the correct ingredients is critical. Too much DME could encourage bacteria growth, while too little can stress the yeast causing it to cannibalize itself.

There are DME calculators, such as this one from MoreBeer that you can use to determine how much of the stuff you will need.

6. Mix Your Starter Wort and Boil It

Now it’s time to mix your starter wort and boil it:

This doesn’t take long, so you can comfortably get the ice bath ready while your wort is boiling.

You can do this in a kitchen sink or another vessel large enough to put your flask or container into. Simply add ice and top up with cold water.

If you’re wondering why you’re adding water here, the water covers a greater surface area and will cool your wort much quicker than ice can on its own.

8. Transfer the Wort to the Sterilized Container

You can skip ahead to the next step if you use an Erlenmeyer flask since it fulfills the role of sterile container and boiling apparatus.

Once your wort has been boiled for the appropriate amount of time, you should decant it into the vessel you sterilized in the first step.

Be careful while working with hot wort, and wear gloves or oven mitts to protect your hands from accidental splashes. A sterilized funnel may make this easier.

9. Cool the Wort in the Ice Bath

Keep your gloves on for this step because the boiling hot wort will make the sterile glass container too hot to handle with your bare hands. Here are the steps to follow:

Yeast begins to die at around 120°F (49°C), hotter than you can comfortably handle with your bare hands. You can use a thermometer to verify the temperature of the wort, but it’s not necessary.

10. Pitch Your Yeast Into the Cooled Wort

Now is the time to put your yeast to work. Ensure your yeast isn’t expired and is still sealed, otherwise, it may be contaminated. Never use yeast that has been opened.

Pour the yeast into your container or Erlenmeyer flask, enlisting the help of a sterilized funnel if necessary. Make sure the funnel is dry if you do, or you could lose yeast that gets stuck inside.

You don’t need to seal the container. If you’re using a jar, you can put the lid on lightly to allow the yeast to breathe. With a flask, you can use a foam stopper or cover the top with sterile foil.

11. Incubate the Yeast for at Least 24 Hours

At a temperature of around 21°C (70°F), your yeast starter should be ready in about 24-36 hours. Allow it a little more time in cooler weather.

Give the starter a swirl every hour or so to help your yeast perform its replication most efficiently. This keeps the yeast cells suspended, increasing their activity.

Magnetic stir plates like this Slendor Hot Plate Magnetic Stirrer (Amazon) will make the entire process much easier. You can also use it to boil your starter wort.

If you use a stir plate, you should sterilize the stir bar. Simply place it in the flask before boiling the wort. You can then set it to stir at a low RPM to keep the yeast suspended without having to remember to swirl the starter yourself.

12. Monitor the Yeast for Infection

Even if you were extra careful while preparing your yeast starter, there is always a chance that it can get infected with bacteria or wild yeast.

Signs of infection include the following:

As long as you practice careful sanitation, you shouldn’t have to worry too much, but it’s still important to watch for signs of a lousy yeast starter.

Try not to confuse krausen (natural foam caused by the yeast’s action) with infection. If you’ve used an anti-foaming agent, you may not see krausen at all. It may taste a little bitter if you sample the starter beer to check for contamination, but not alarmingly so.

13. Use Your Yeast Starter

Once you’ve waited 24 hours and are satisfied that you don’t have an infection in your yeast starter, it is now ready to be used.

On brew day, you can pour all the contents of the starter in as and when you would normally add yeast to start fermentation.

Making your own yeast starter is a fantastic skill in your brew-making arsenal, as it can improve your beer’s taste. The considerations for doing so safely and correctly are largely the same as for brewing – that is, practice good sanitation, understand the process, and don’t be afraid to try again if things don’t go as planned.