How Long Does Natural Beer Carbonation Take in a Keg? 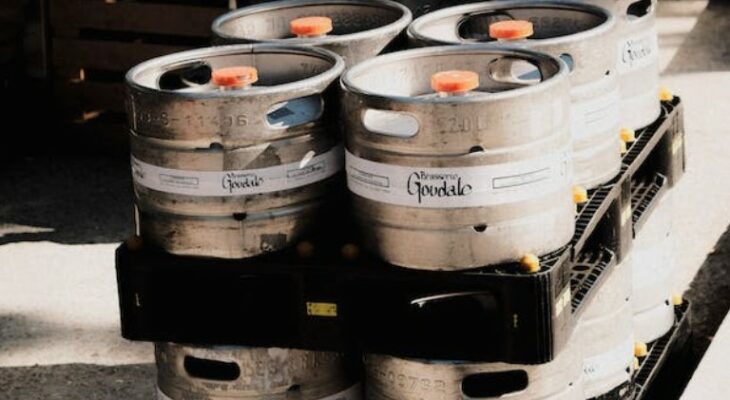 When I brew beer, sometimes I’m in a rush to serve it, and other times I want the natural fermentation process to occur to keep things as organic as possible. Excellent results can happen if you let a beer naturally carbonate. But how long does natural beer carbonation take in a keg?

Natural beer carbonation takes about two weeks in a keg. Carbonation can occur faster or slower, but generally, if beer is left in a keg to mature without any outside interference, it will take 14 days.

Kegs are among the most popular ways to store and serve beer. You can find any of your favorite styles available on the draft worldwide. One of the reasons draft beer is popular is because you can get a perfectly carbonated beverage from the fridge to your glass.

Here’s an informative video on draft beer and what makes it popular:

Depending on the style I’m brewing, and when I need to serve it, I may consider carbonating my beer in a keg. But how long does this take?

The Average Time Natural Beer Carbonation Takes in a Keg

Beer is an inexact science that can lead to wildly varying results depending on numerous factors. However, it’s helpful to understand the general timelines when considering how long carbonation takes.

When I’m factoring in how long my beer will take to be ready to drink, I like to look at an average time, so what’s the average duration natural beer carbonation takes in a keg?

While subjective, the average amount of time is about two weeks for the beer to carbonate in a keg naturally.

The amount of carbonation desired may depend on the beer style and the brewer and consumer preferences, so this average is based on the amount of time it takes to produce generally acceptable carbonated beer.

Shortening the Length of Carbonation Time

There are a few ways people try to influence the carbonation rate when brewing beer. These will cut down the length of time but may also change the flavor or mouthfeel of the final product.

Here’s a list of things people do to shorten the length of carbonation time and whether I think it’s worth doing:

There are ways that you can increase the carbonation rate, but they will often have other effects on your beer. Some of these aren’t noticeable, while others are. One such example is if you use too much sugar, you may have a sweet beer.

Here’s a video I made describing what a sweet beer is:

Depending on what I’m trying to achieve and to whom I’m serving the beer, I may use some of these methods, but always be aware that they may have some side effects.

Factors That Influence Natural Beer Carbonation in a Keg

Brewing beer is full of unpredictability. One of these involves CO2 or carbonation. You can allow the carbonation from the results of yeast eating sugar naturally and have them stay confined in the keg.

This process takes a couple of weeks, but some factors influence how long natural beer carbonation takes in a keg. I’ll discuss some of these factors in the next section.

There are plenty of naturally occurring variables that can influence the natural carbonation time for a beer. Some of these may slightly impact the amount of time before carbonation, while others may increase it dramatically.

Here are a few naturally occurring conditions that can affect the carbonation time for a beer:

You can control many factors of brewing beer, especially if you have the most advanced equipment. Managing outside influences can be vital in determining the length of time that beer carbonation takes.

Adding extra ingredients may impact the carbonation time, one of which is sugar. However, you can do other things to speed up carbonation time or slow it down. These include:

These and other manufactured alterations can influence how long it takes for beer to carbonate.

One of my favorite things about brewing beer is watching the process. Seeing beer ferment without any outside influence can be a lot of fun. However, it can also be a bit unpredictable, and you won’t always have the same results, but it will lead to the most organic beer possible.

On average, if you leave your beer in a keg and there’s no outside interference, it’ll take about two weeks to carbonate. Some factors may change this, but as a general rule, it will take around 14 days for beer to carbonate in the keg naturally.