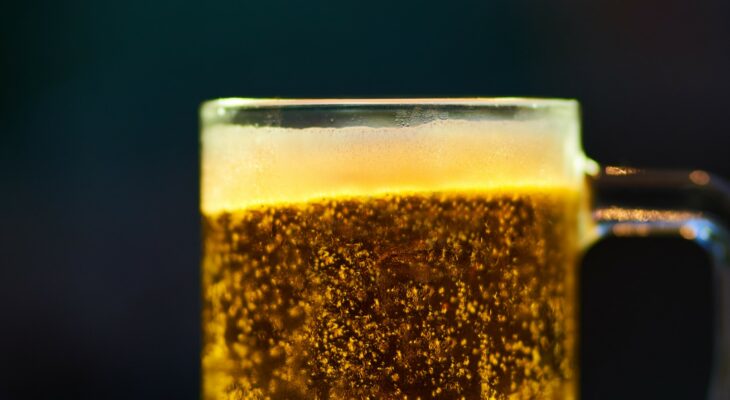 One of the benefits of homebrewing beer is the freedom to alter the ingredients and processes however you want. And cold crashing has been a popular procedure among many brewers, but is it really necessary?

Cold crashing your beer is not necessary, especially as a homebrewer. Its primary benefit is eliminating contaminants from thriving in beer before kegging, which helps it become clearer to the naked eye. It also helps the beer’s flavor to remain more consistent for a longer time.

I’ll discuss how to cold crash your beer in this article. You’ll also learn about the advantages of cold crashing beer, the drawbacks, and why it’s optional.

Homebrewers on social media and online forums often make a big deal of cold crashing beer, which can feel intimidating for others who don’t. You’ve heard that it’s optional, but they make it sound like you can’t brew a great beer otherwise.

Cold crashing beer entails chilling fermented beer close to its freezing point without allowing it to freeze. Homebrewers usually do this by placing it in a temperature-controlled refrigerator or freezer.

There are several alleged and confirmed benefits from cold crashing your beer, and they include the following:

Theoretically, cold crashing does make beer clearer but only on a molecular level, which may not be visible.

By lowering your beer’s temperature significantly, tannins and proteins from the grains are more soluble, precipitating faster.

More importantly, the process activates a survival reaction in the dormant yeast cells floating in your beer. They’ll clump together in flocs, accelerating the settling speed to the bottom.

But, if you’re not concerned with showing off your brewing prowess at thanksgiving dinner, why should you bother about clarity?

Well, it isn’t vital for an excellent beer, but there’s certainly no harm in trying it.

Some homebrewers also believe that protein-, tannin-, and yeast-free beers have cleaner and longer-lasting flavors. And that’s an undeniable benefit to them.

However, this may be more of what such brewers want to believe than what is really the case. You’re also not aiming to eliminate all yeast traces because you’ll still need them during carbonation.

If you’re already enjoying your homebrewed beer’s flavor and feel it lasts long enough, don’t feel forced to cold crash your next batch.

You’ll definitely place your beer in the fridge, which cold crashes it to an extent, so why the fuss about a more complex and time-taking procedure?

Some homebrewers notice that their beers carbonate a bit faster after a cold crash, which is understandable.

Most gasses are soluble in colder temperatures than hotter ones, and carbon dioxide (CO2), your primary compound for carbonating beer, is no exception.

As I’ve extensively discussed in my previous article about beer carbonation, the average beer takes 2-3 weeks to carbonate in a bottle or keg. So, a quicker time can be a massive advantage if you’re not the most patient brewer out there.

However, I still don’t expect any massive difference in carbonation time after the cold crashing. But you can give it a try and fill me in.

You can achieve faster carbonation at a higher temperature if you’re worried about the time taken. You must not always go lower and risk freezing.

While some homebrewers seem to enjoy the benefits of cold crashing beer, certain downsides have prevented others who are trying.

You can forgo this step and still have a flavorful, long-lasting beer. But if you insist, brace yourselves for the following drawbacks:

Cold crashing beer entails maintaining a low and steady temperature for a few days. And there’s no way to achieve this without a reliable fridge or freezer with a working thermostat regulator.

This would be an extra cost for some if they can’t rely on their appliance at home but it may only cost others a higher electrical bill during the period or even both.

There’s some extra expense one way or the other for a step you could’ve just foregone.

Remember, you must regulate the temperature close to freezing, but it mustn’t freeze.

During cold crashing, your beer is at greater risk of exposure to oxygen and fluid due to the vacuum formed as your beer loses temperature. And as you may know, oxygen is one of your beer’s worst enemies post-fermentation, as discussed in my beer fermentation time post.

Oxygen may impact your beer’s long-term flavor for the worse if exposed. Some complex reactions with the tannins and polyphenols can also cause discoloration.

However, there’s a preventive solution:

Before cold crashing, purchase a mylar balloon and tape it to a bung. Then simply attach it near the end of the fermentation in your fermentor.

Note that it can blow off if you don’t place it correctly, so take your time to get it right.

Alternatively, you can fill your balloon with CO2 before fitting it to a bung. Pop it on your fermentor and continue your cold crashing.

How To Cold Crash Your Beer

If you’re still intent on cold crashing your homebrew, follow these simple steps:

If you can’t access a fridge, some homebrewers have placed their fermentors in ice baths. Continuously pour fresh ice throughout the period, and it should work.

When done, your beer should be ready for carbonation, and even faster because it is now chilled.

Cold crashing beer can make it more transparent, taste better for a longer time, and ensure faster carbonation. However, this is optional, and you can still achieve excellent homebrew beer results without it.

During cold crashing, you may experience certain drawbacks, including the ability and cost to maintain a steady temperature. It also increases the risk of oxidation due to exposure, which is detrimental to beers.

Follow the above-mentioned steps to cold crash your beer if you insist.